A new name and a new brand for Kentucky’s largest, most vibrant arts organization.

The Kentucky Center for the Performing Arts had recently acquired the Brown Theatre, and were about to announce the construction of a new venue: Old Forester’s Paristown Hall. Historically, KPA’s audience associated the “Center” with its headquarters on Main Street, so much so that the old logo was an abstracted image of the building. It was clear that a new and comprehensive brand strategy was necessary.

This project received an award in branding and design from the American Institute for Graphic Arts in 2019. 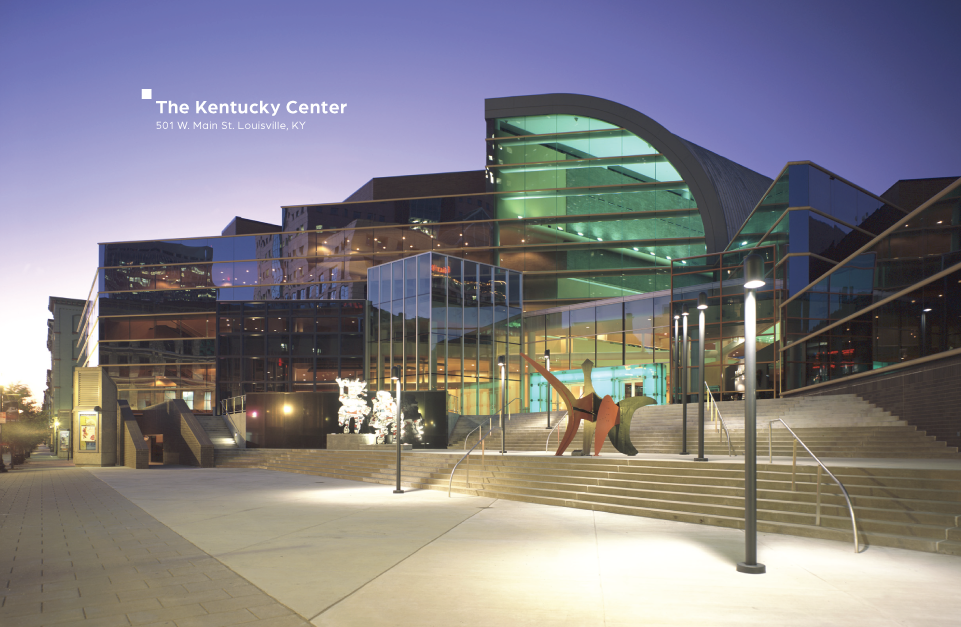 The objective of the branding process was to elevate the stated mission of the organization: “To lead and enrich the artistic, educational, and economic vitality of the region by providing unparalleled programming and cultural events”.

Because it was becoming much more than just the Kentucky Center, a name change was in order. The organization needed a name that was all-encompassing of everything it has to offer. Using our well-developed branding process, we produced a ton of research and workshopped with KPA leadership. 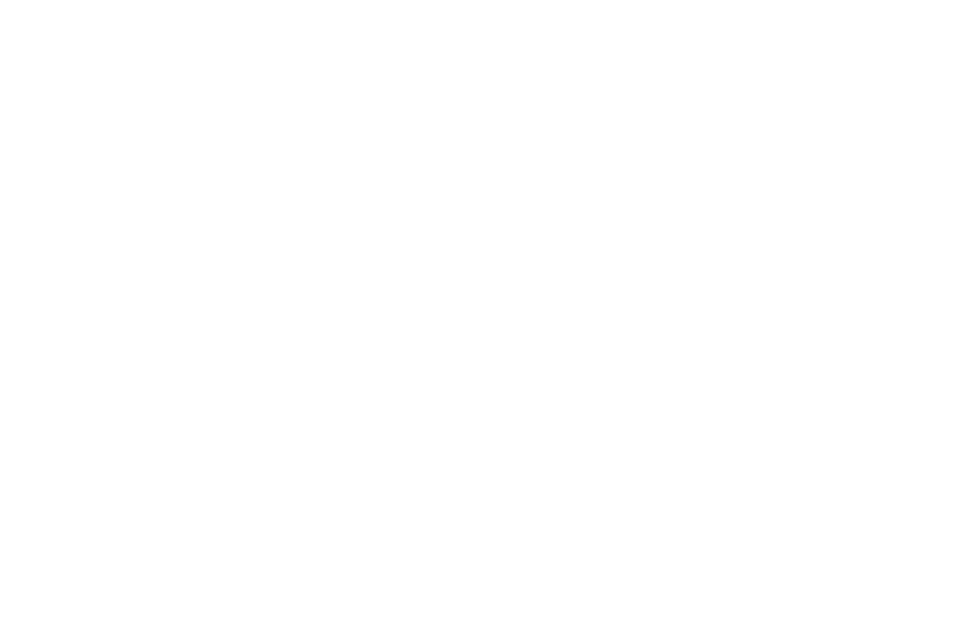 After careful consideration, Kentucky Performing Arts was chosen. The new name serves as a holistic core identity under which any number of genres and venues can be represented. A "branded house" approach was taken, giving each venue an identity that’s consistent with the KPA parent brand while having its own unique expression.

We developed a “Defined by Lines” identity system that is flexible enough to incorporate color and photography in unique and beautiful ways; a system that is as energetic and vibrant as the arts themselves. This included logos, colors, type, and patterns that all feel like the same family, but can be used independently. This system was then applied to collateral ranging from traditional printed media to dynamic digital executions. 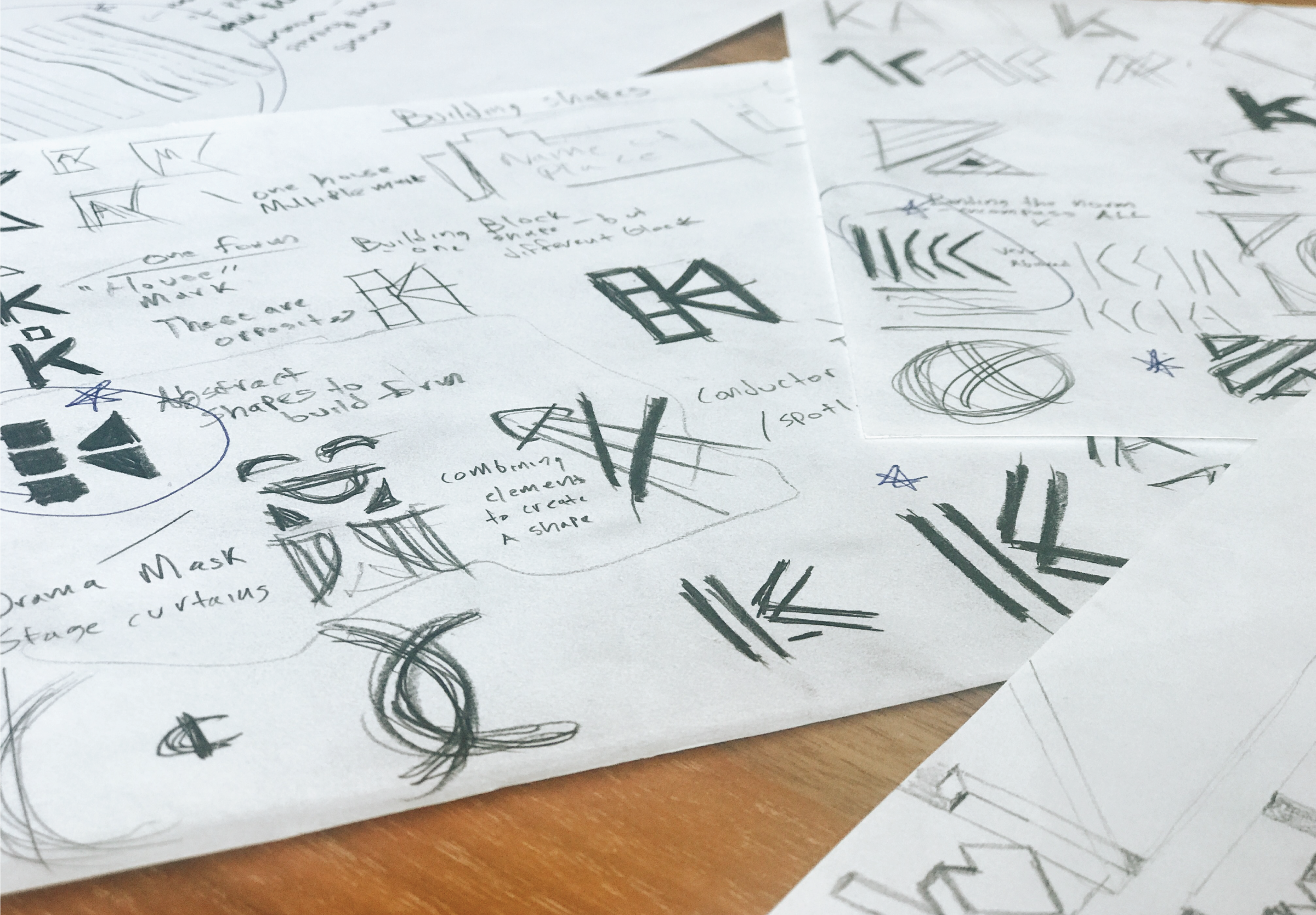 The KPA logo is inspired by the iconic curtains of the stage and is reflective of the impact the arts have on us as individuals and as a community. Each venue has its own unique brand mark that visually calls back to the KPA logo, as well as a dedicated, venue-specific color. 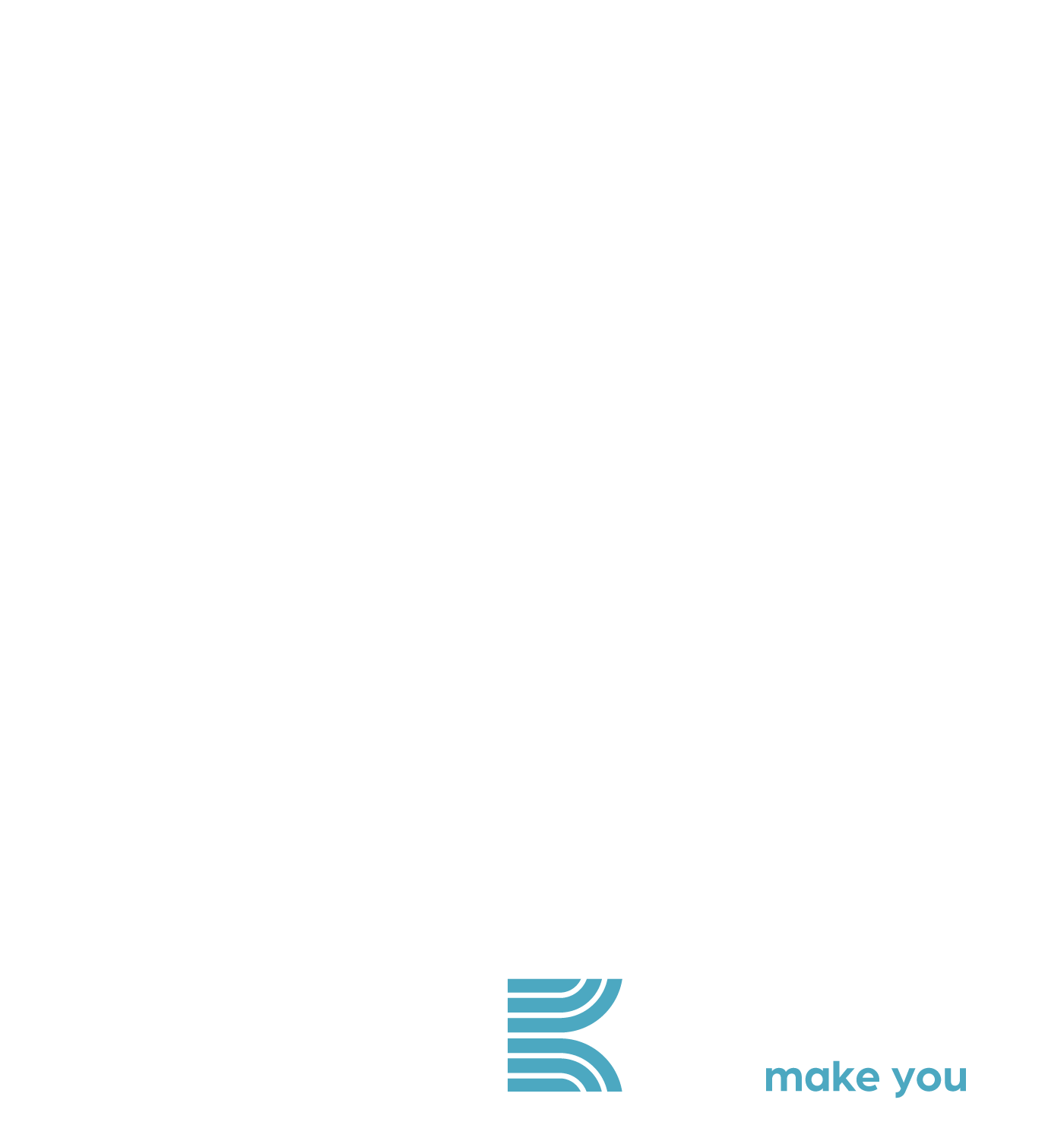 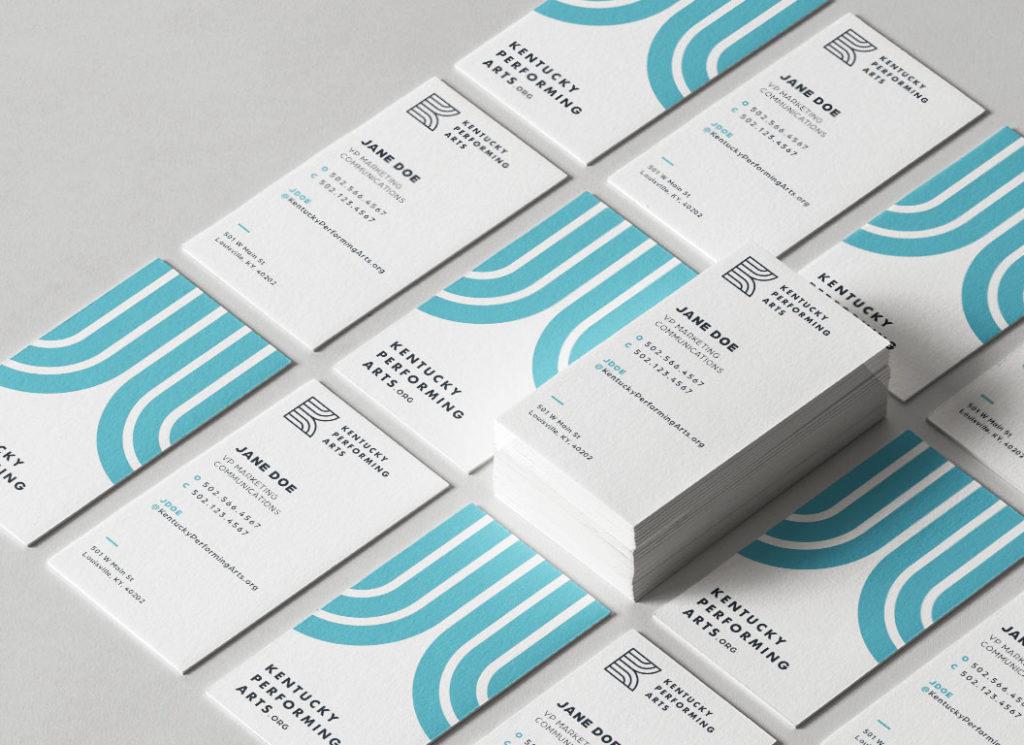 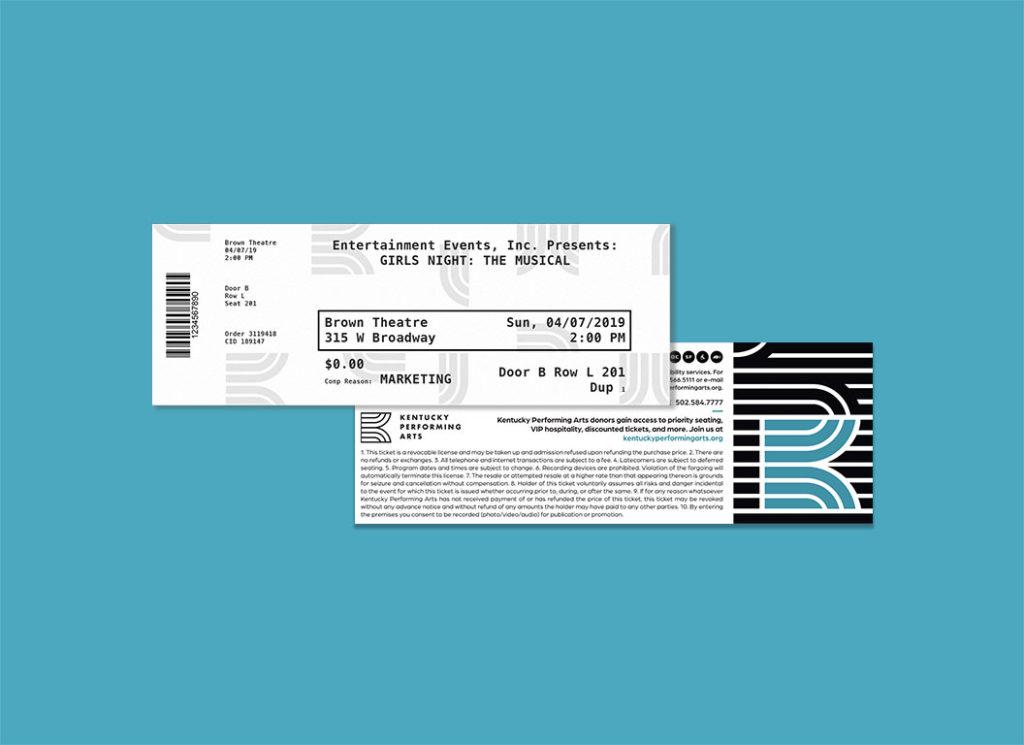 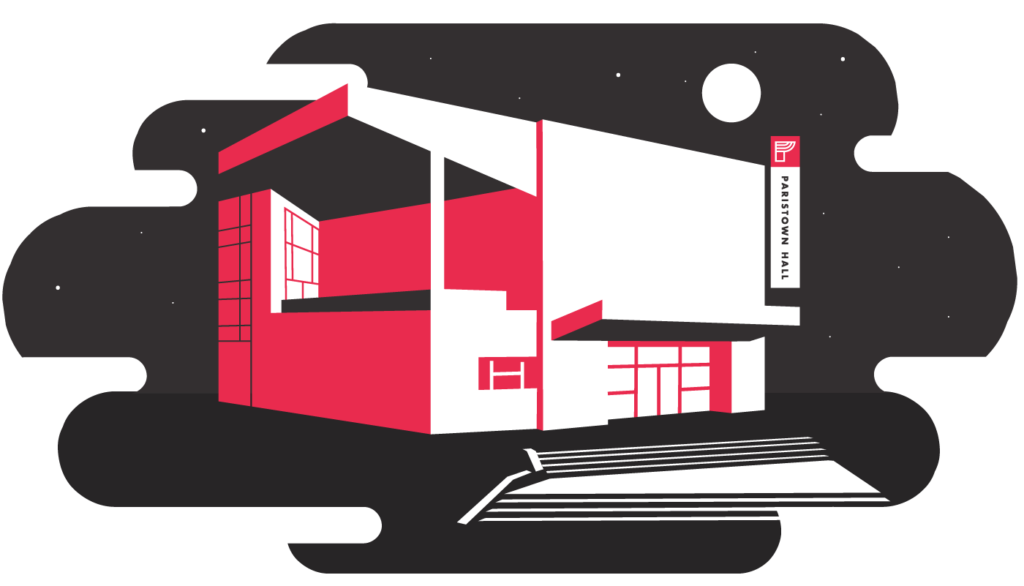 Creating unique branding and collateral for KPA’s newest venue, Old Forester’s Paristown Hall, was a challenge unto itself. Hosting more contemporary acts, how would it stand as a world-class modern music venue, while still feeling at home as a part of KPA? See how we got Paristown prepared for its big debut. 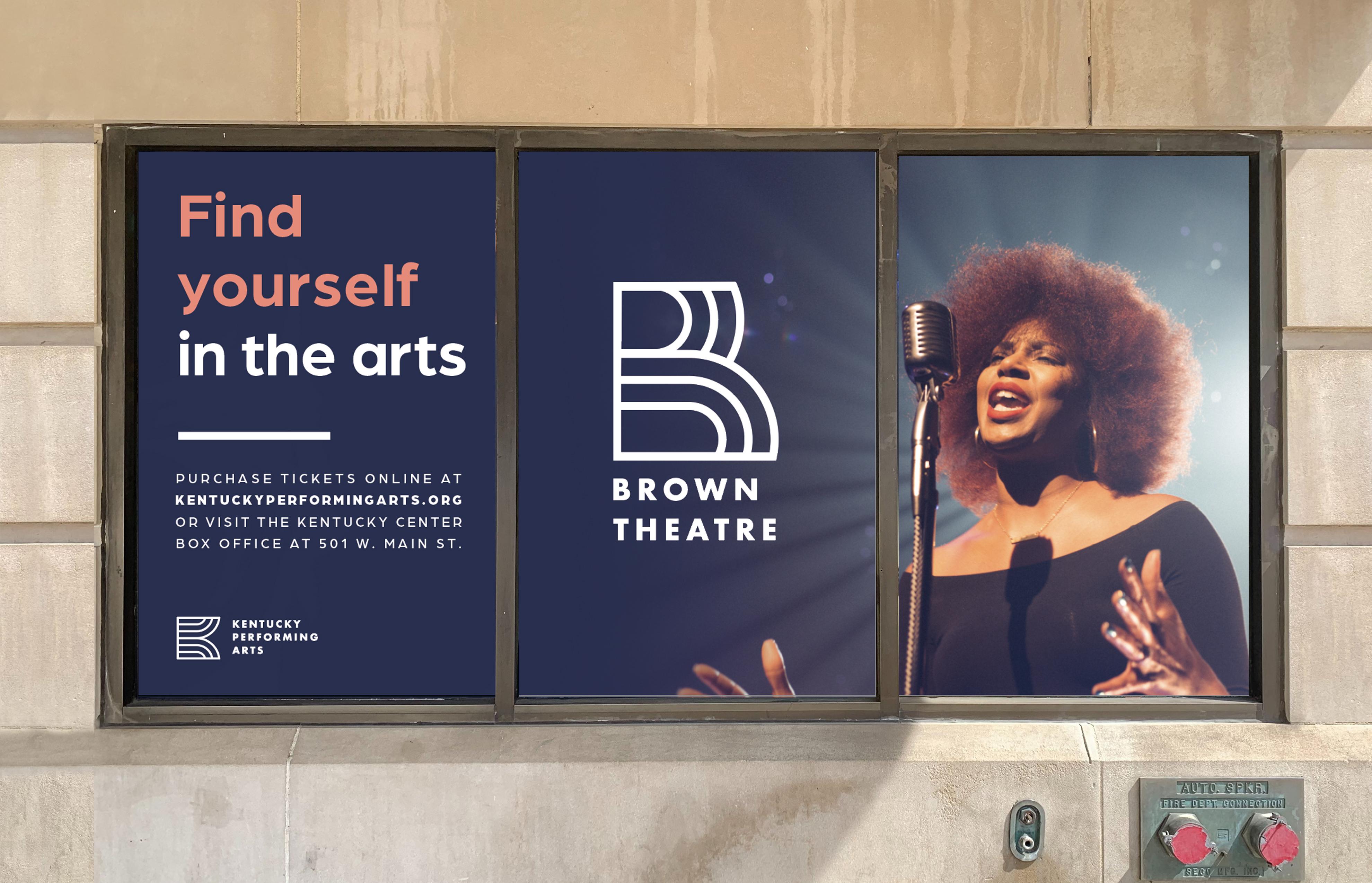 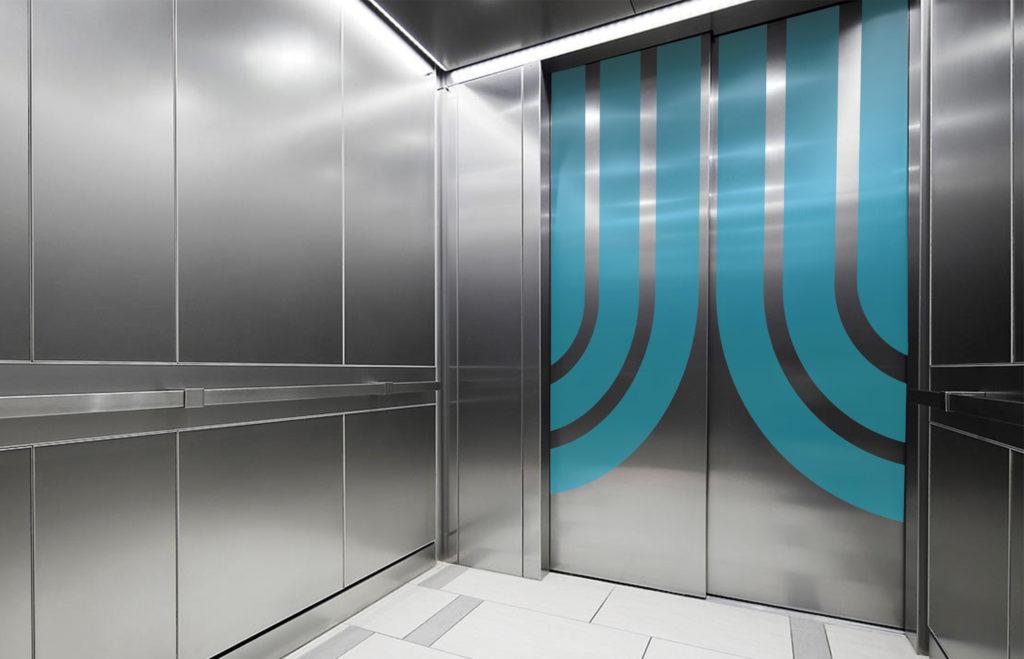 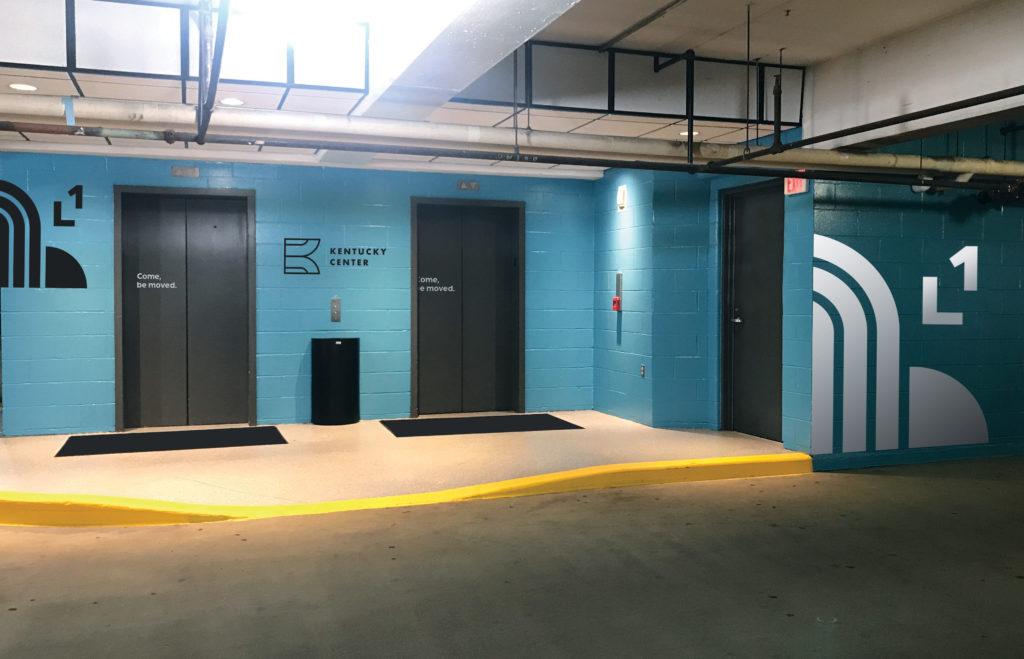 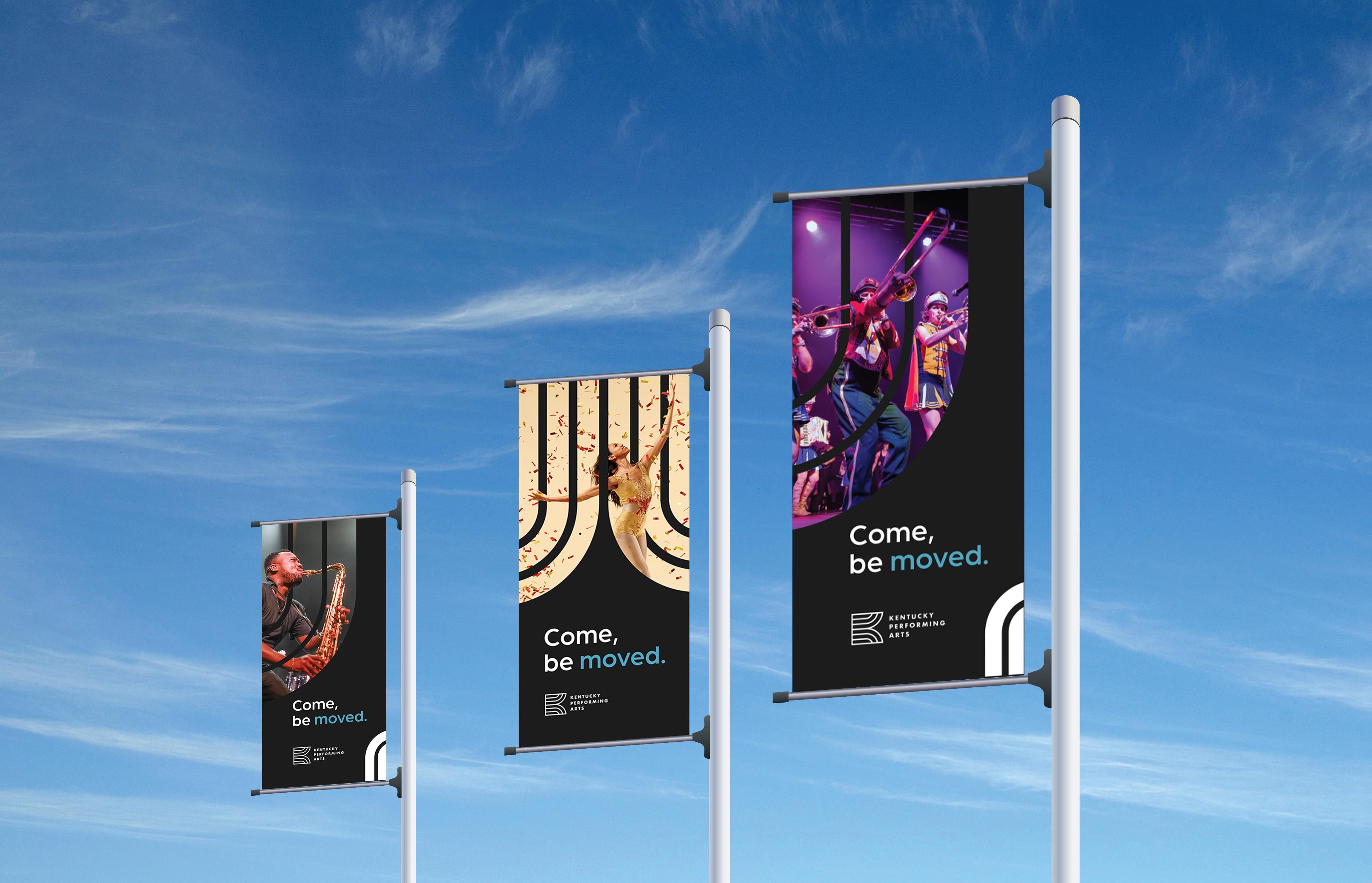 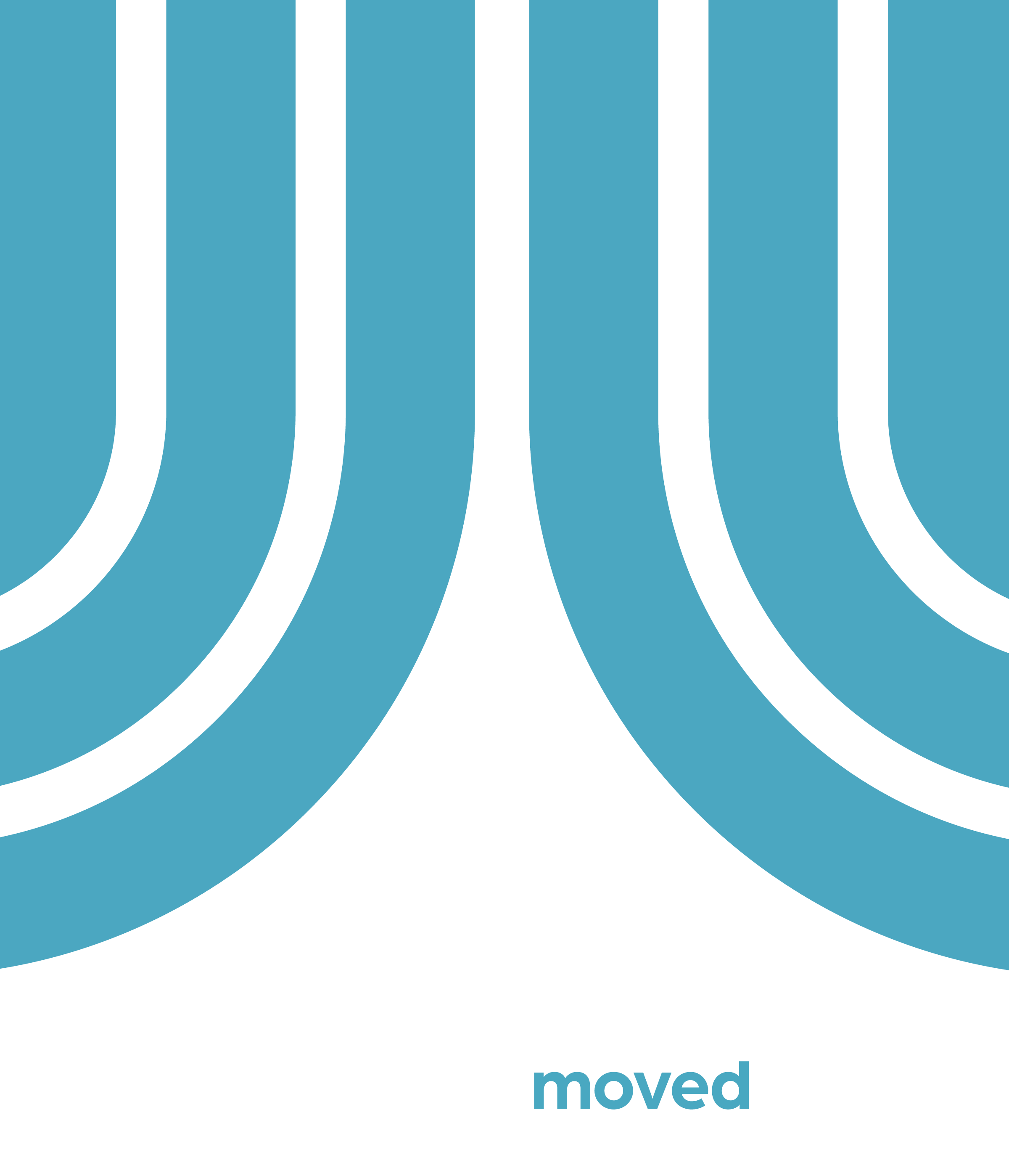 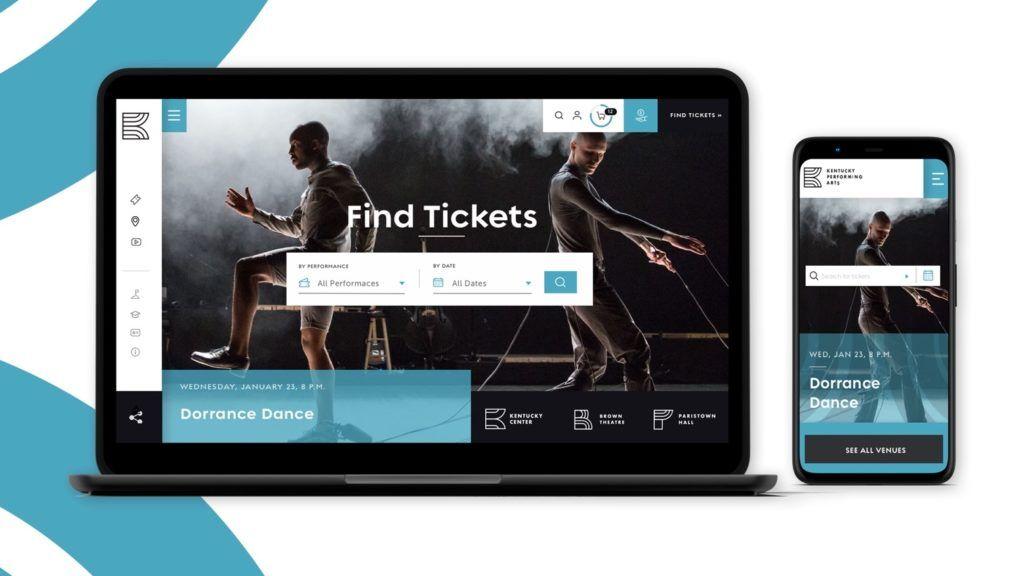 In addition to their new brand identity, we built an all-new website for KPA. The site brings all of the venues together into a single online experience and allows them to share one world-class ticketing application. See how we brought KPA’s new brand architecture to life on the web.