Carving out a new marketing strategy for two of Louisville’s biggest holiday events.

In 2020, the Louisville Parks Foundation partnered with VIA Studio to help them drive their small-but-mighty non-profit forward to achieve the new direction they’d laid out in their strategic plan, and to help them market their two biggest fundraisers: the massively popular Jack O’Lantern Spectacular and Winter Woods Spectacular events.

And then COVID happened.

Working in deep collaboration with the Louisville Parks Foundation team, we crafted and executed a comprehensive, flexible, thoroughly modern marketing strategy for these two events. 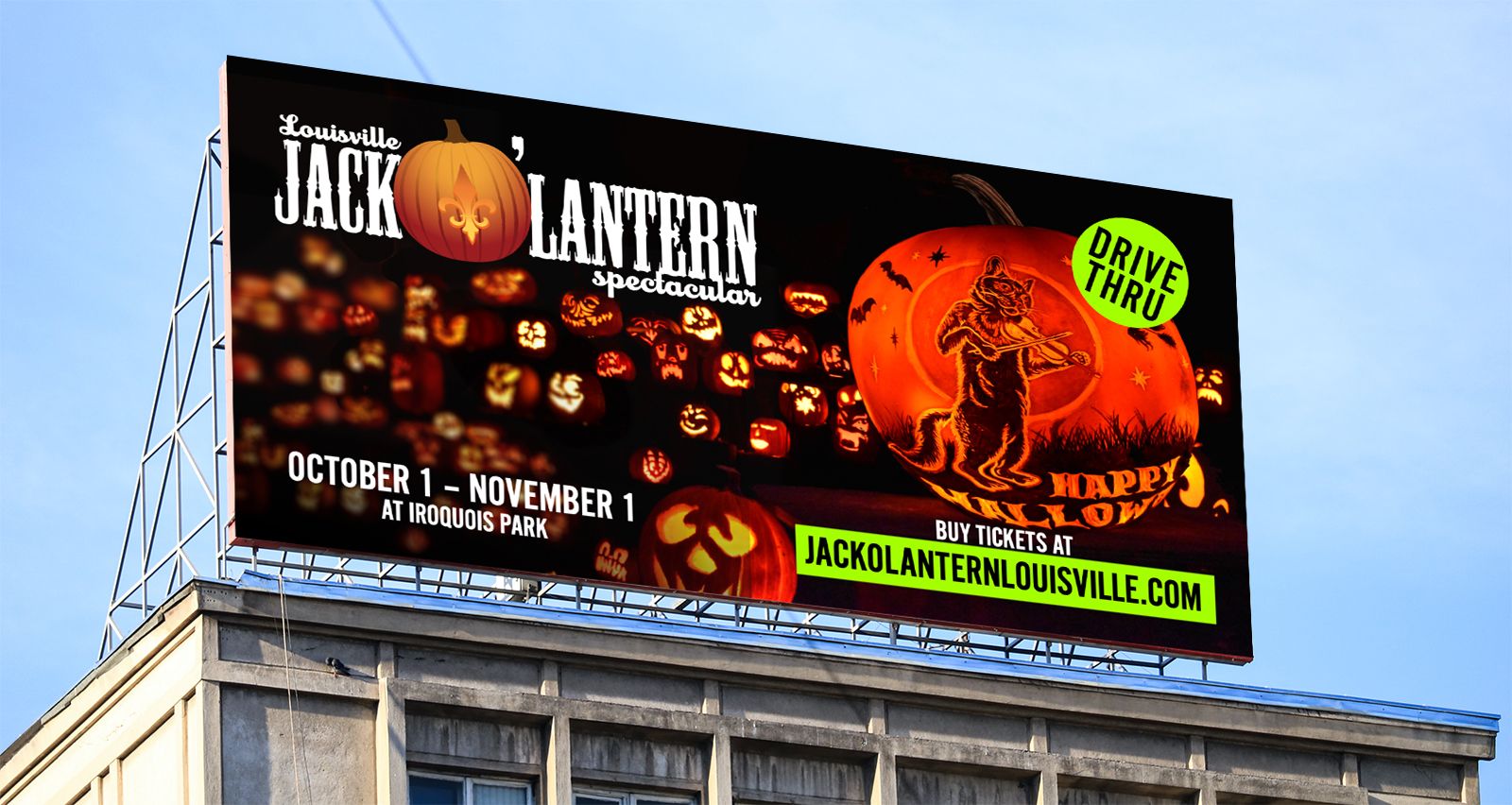 While selling tickets to these events is obviously goal #1 - this year, we identified another goal: connecting LPF’s three audiences so that we drive year-round awareness of the Louisville Parks Foundation.

Between ticket sales and awareness PLUS the pandemic, we settled on these priorities to achieve these goals:

2) Adapting to a media landscape that had changed dramatically (more people at home, less driving, etc)

Here’s how we pulled this off:

Powered by LPF’s extensive historical data and our own user-focused, iterative digital campaign experiences, we planned a comprehensive, targeted, yet flexible campaign that spent their precious media budget wisely and allowed for adjustment as we gained insights during the unusual 2020 holiday season.

The plan, in summary can be distilled into these priorities:

1) Early, often communication about the events on every platform

2) A steady, audience-focused ramp-up in media spend and coverage

3) Weekly observation, tuning of and experimentation to maximize effectiveness

With this year’s events being drive-thru only and based upon past year trends, we identified the need to push for early ticket sales as soon as possible, pulling the ticket-buying curve back a few weeks (from late October to early October) and reducing sell-out nights in the last two weeks of October. To do this, we began seeding social platforms with organic and paid posts early in August, and then ramping up after the Labor Day weekend. 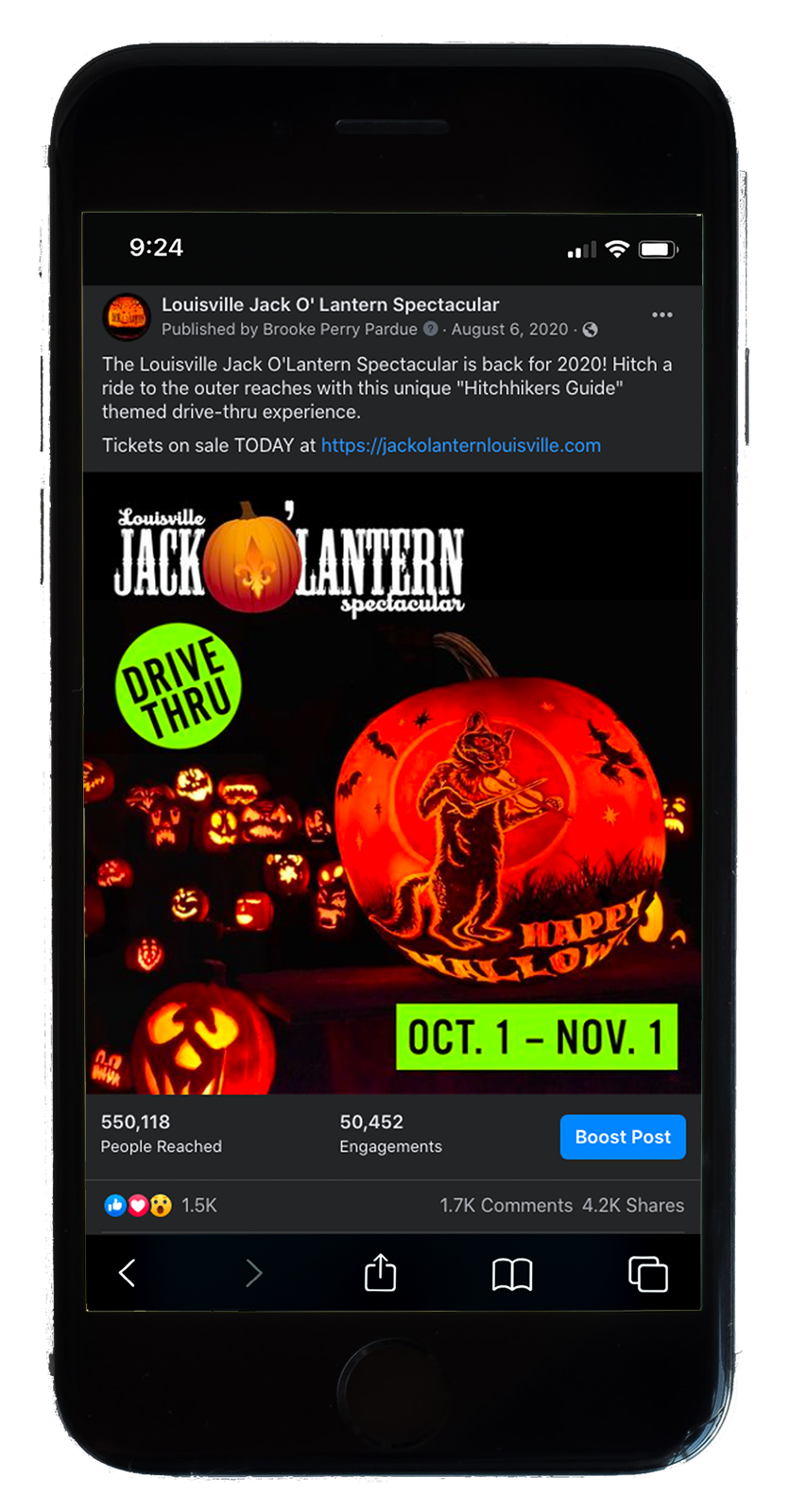 The response, engagement and frankly the need for an event like this was beyond our expectations. As October approached, we ramped up the media spend, folding in traditional advertising like transit boards, billboards, TV spots and live appearances. In addition, we broke new ground for LPF by running geo- and demographically-targeted streaming audio ads with Spotify, and targeted streaming video ads on national channels like HGTV and more.

This mixture of digital, traditional and social advertising deepened engagement with existing audiences, while enhanced targeting and audience expansion grew their digital audience with new reach. 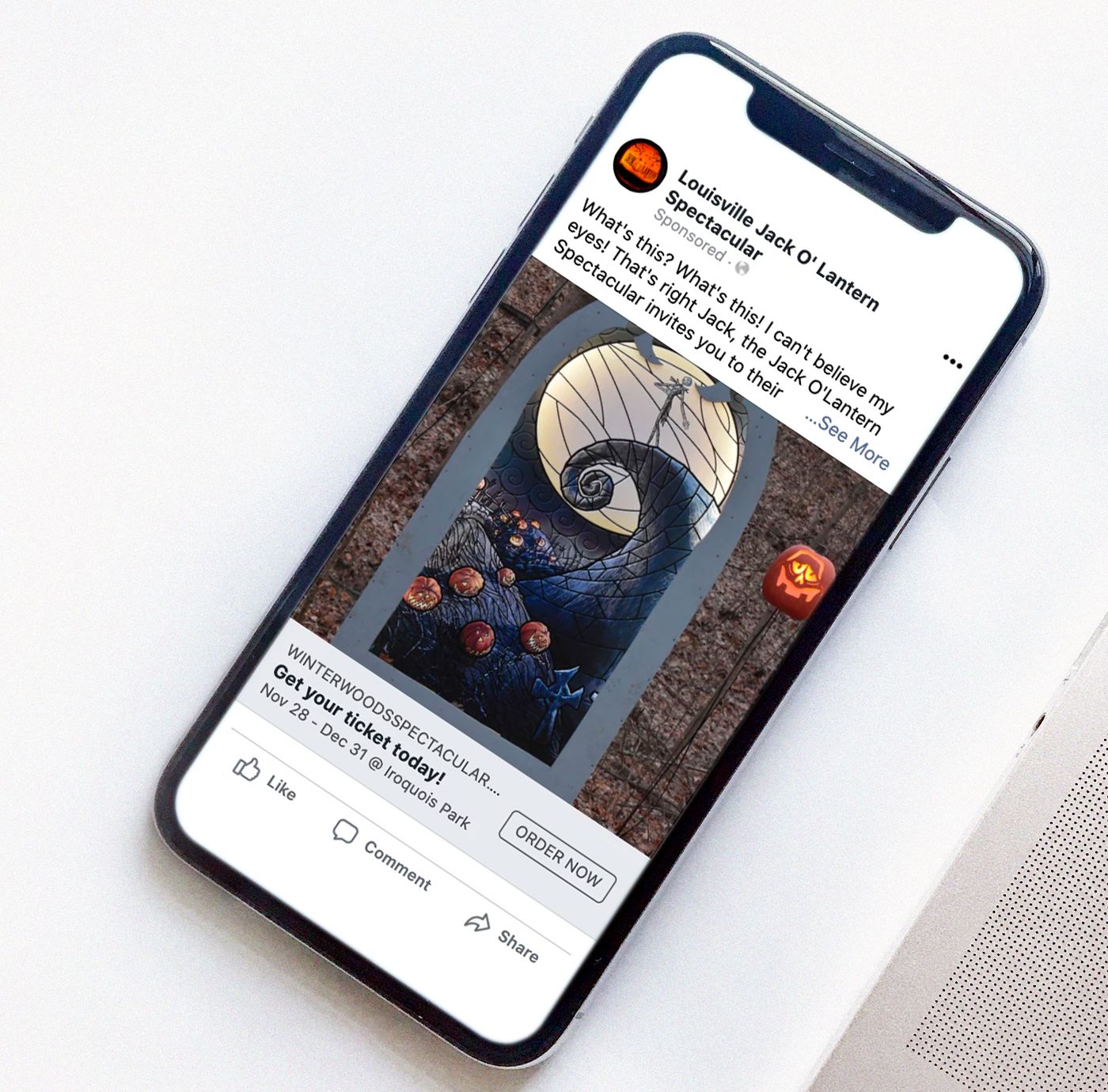 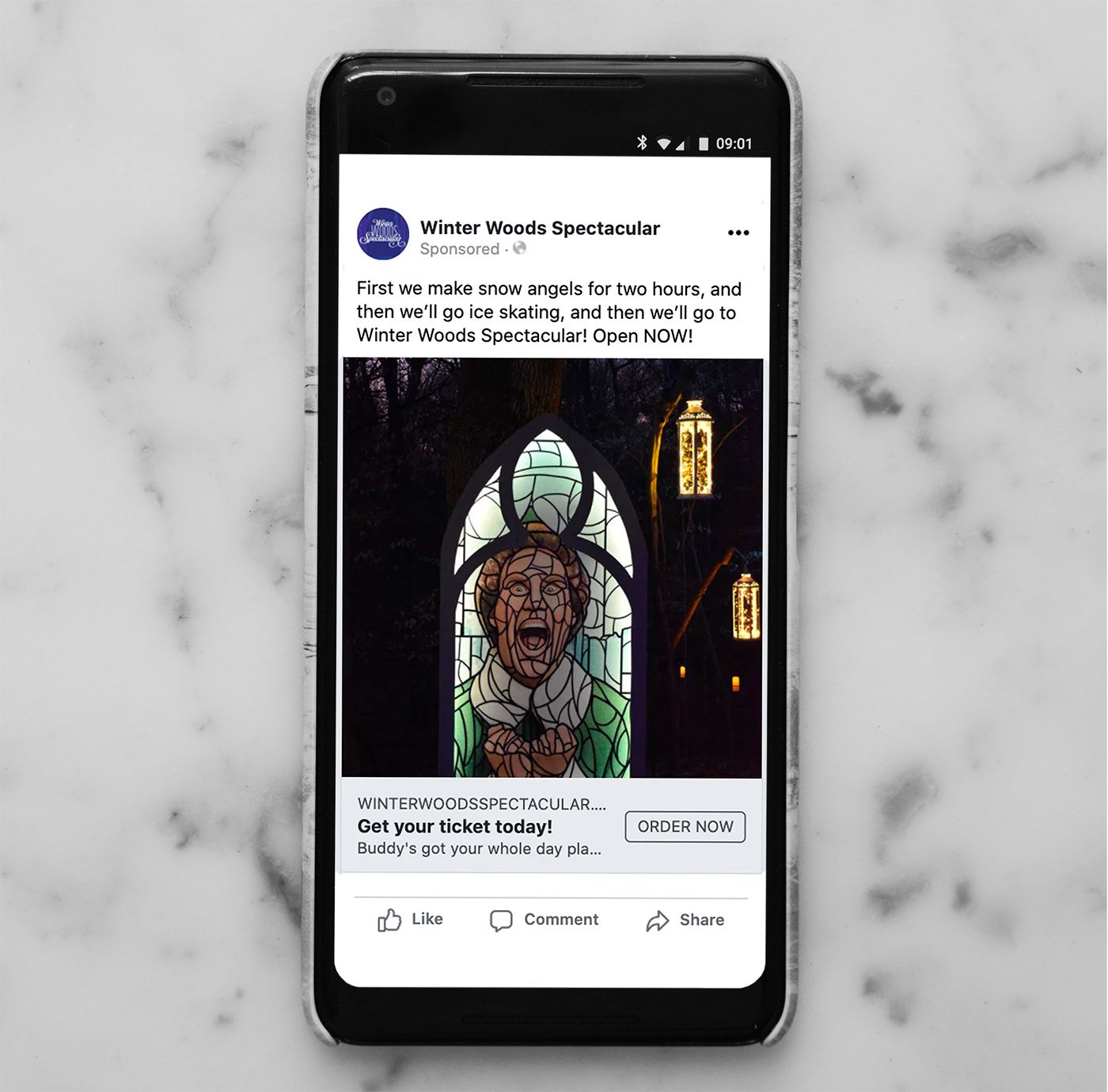 For Winter Woods, this “snowball effect” of leveraging the Jack O’Lantern audience coupled with a similarly targeted, ramp-effect schedule drove the event to new heights of awareness  and engagement.

The Louisville Parks Foundation grew its digital audience 22% in 2020 - and increased their email audience many times over, despite running an in-person event in the middle of a pandemic.

Their events combined drew tens of thousands of carloads to their largest fundraising events. 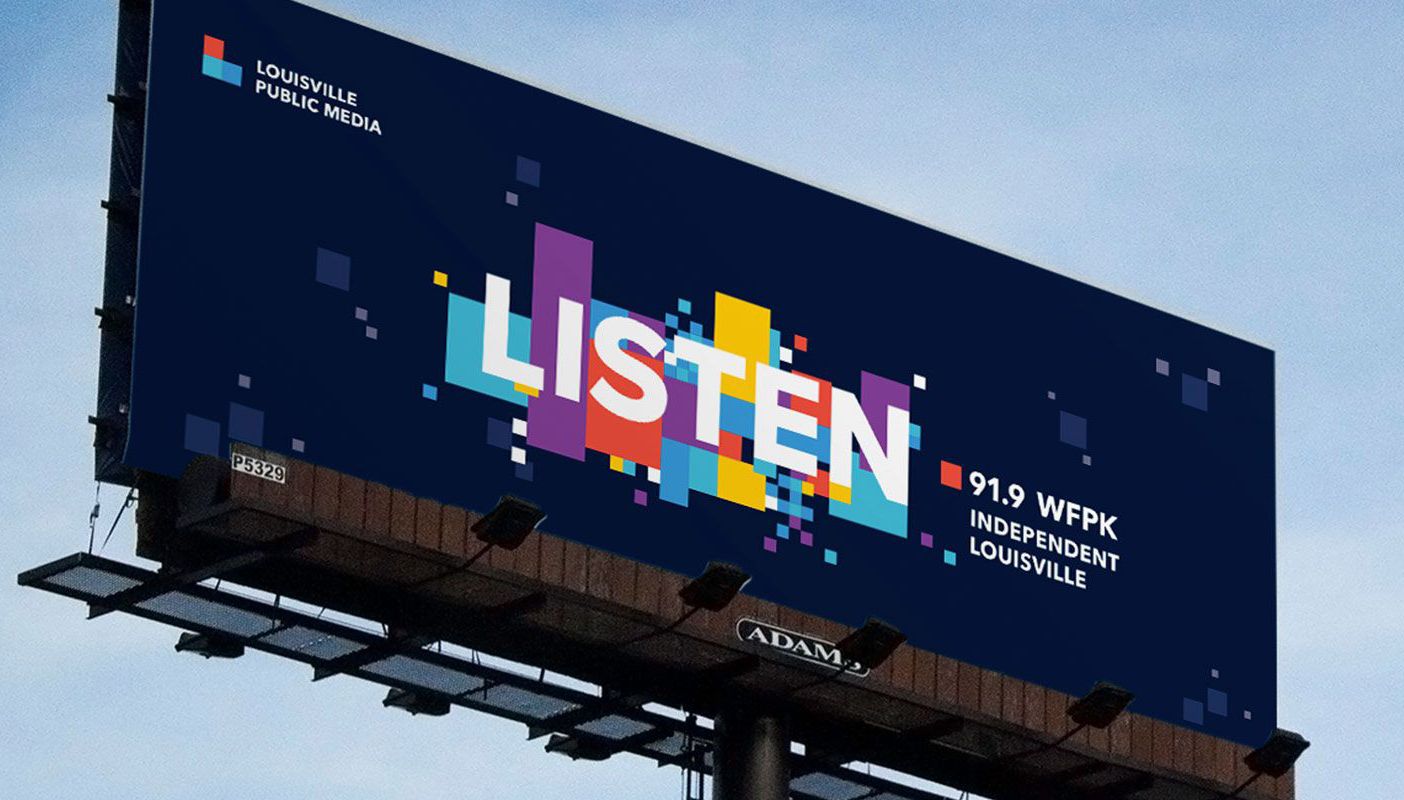