Secret Message to Friends of VIA Studio

Every year we challenge ourselves to design a gift for our friends, something we’ve never done before. It’s always a fun challenge, and we’ve got some really awesome stuff out there in the world because of it. 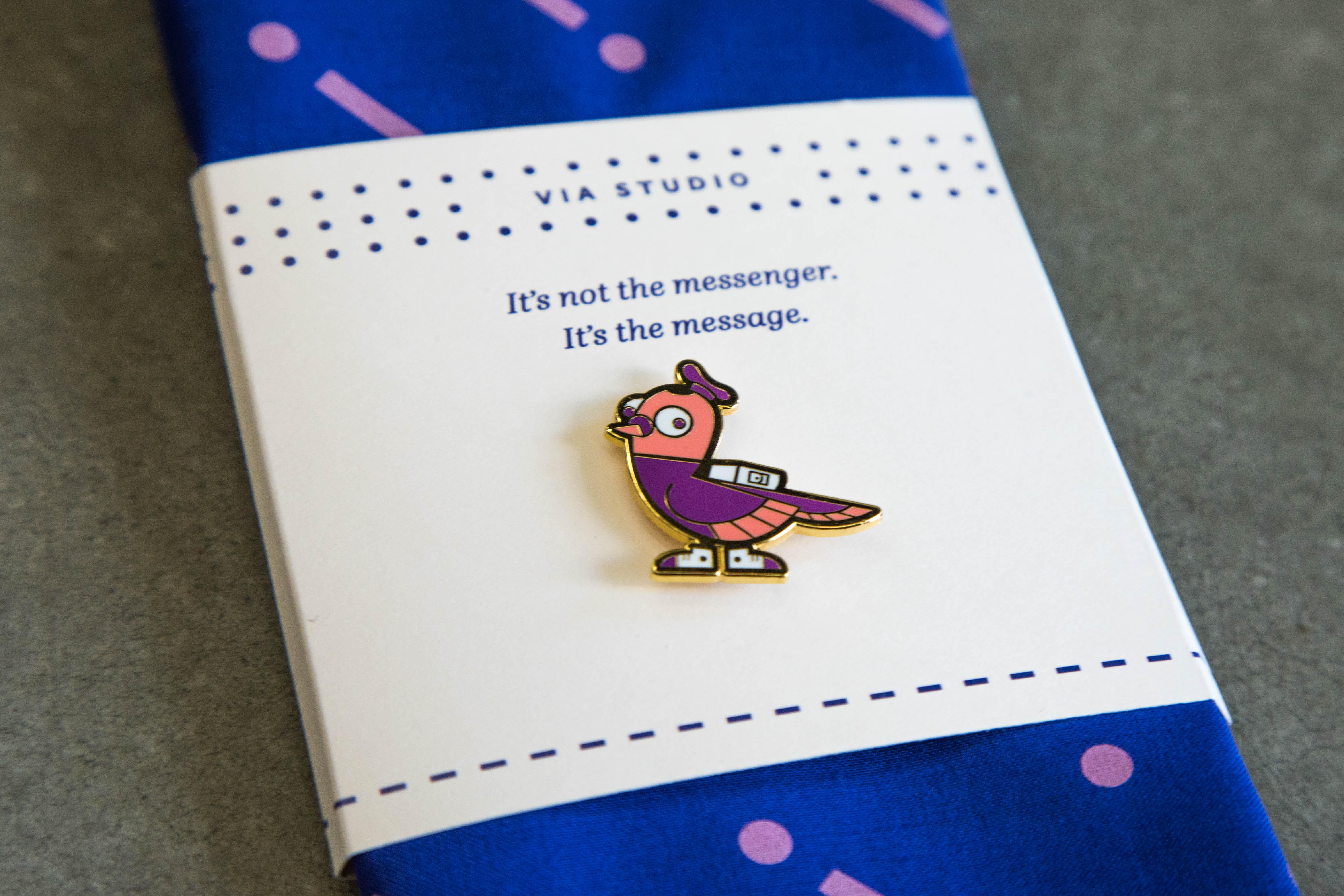 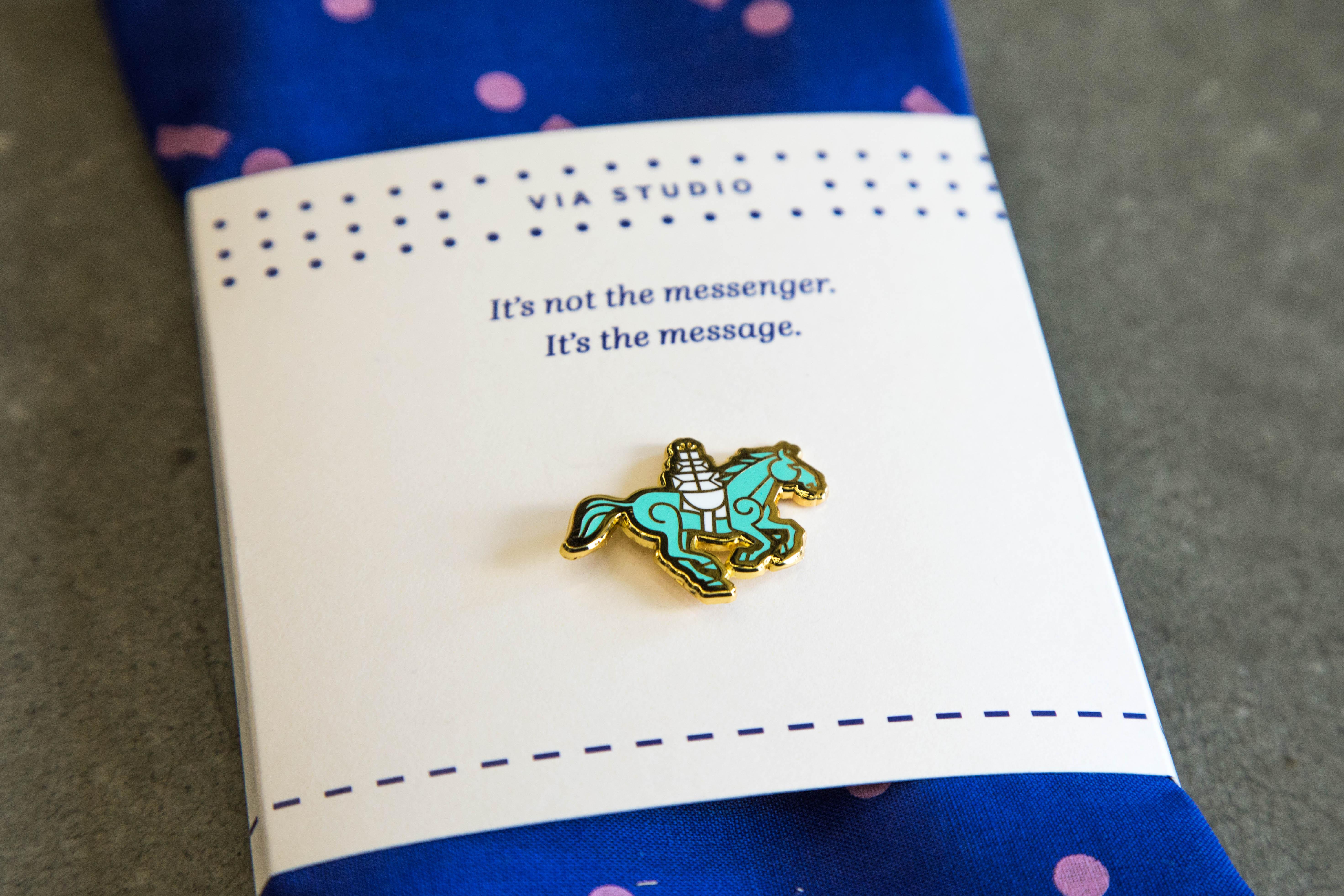 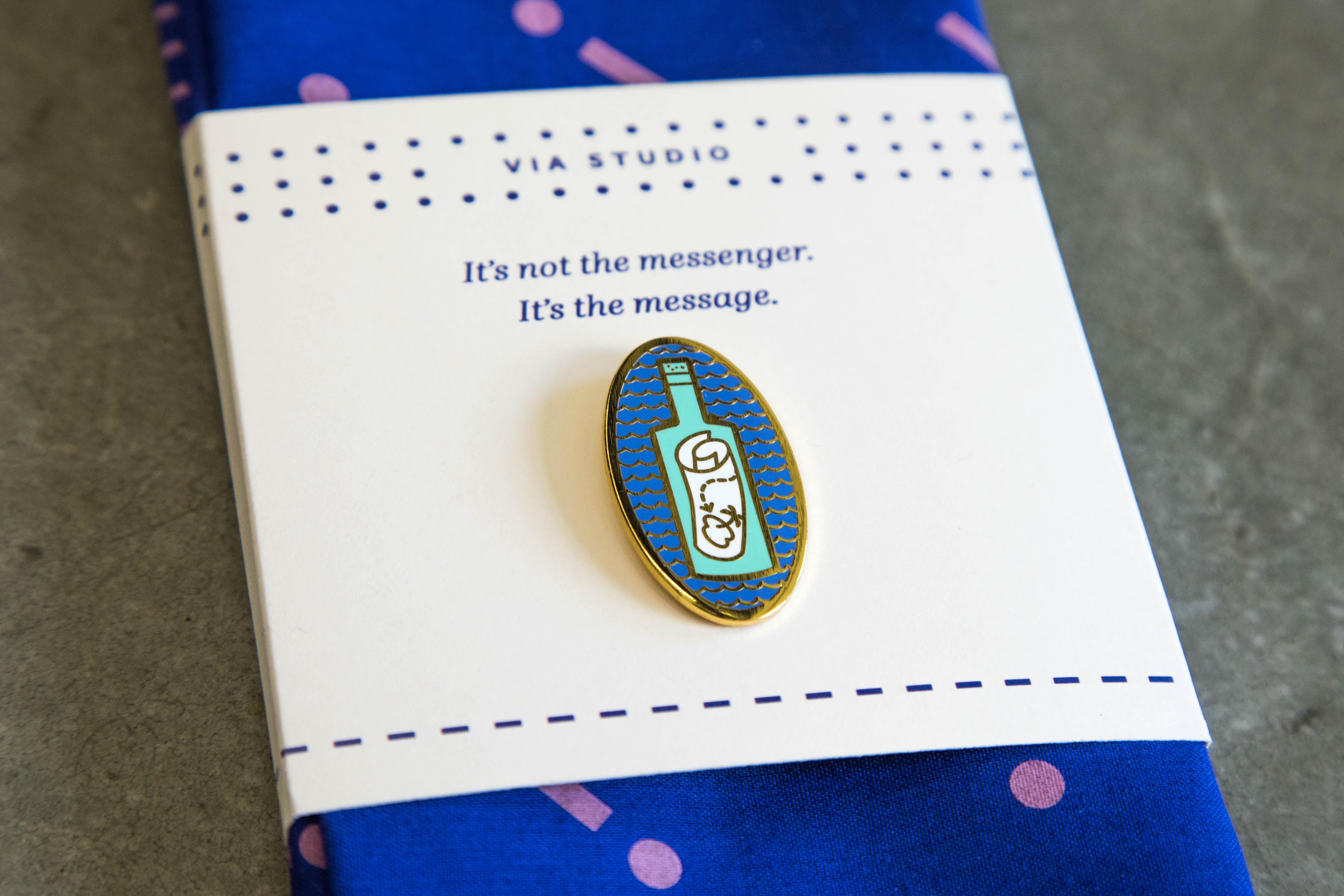 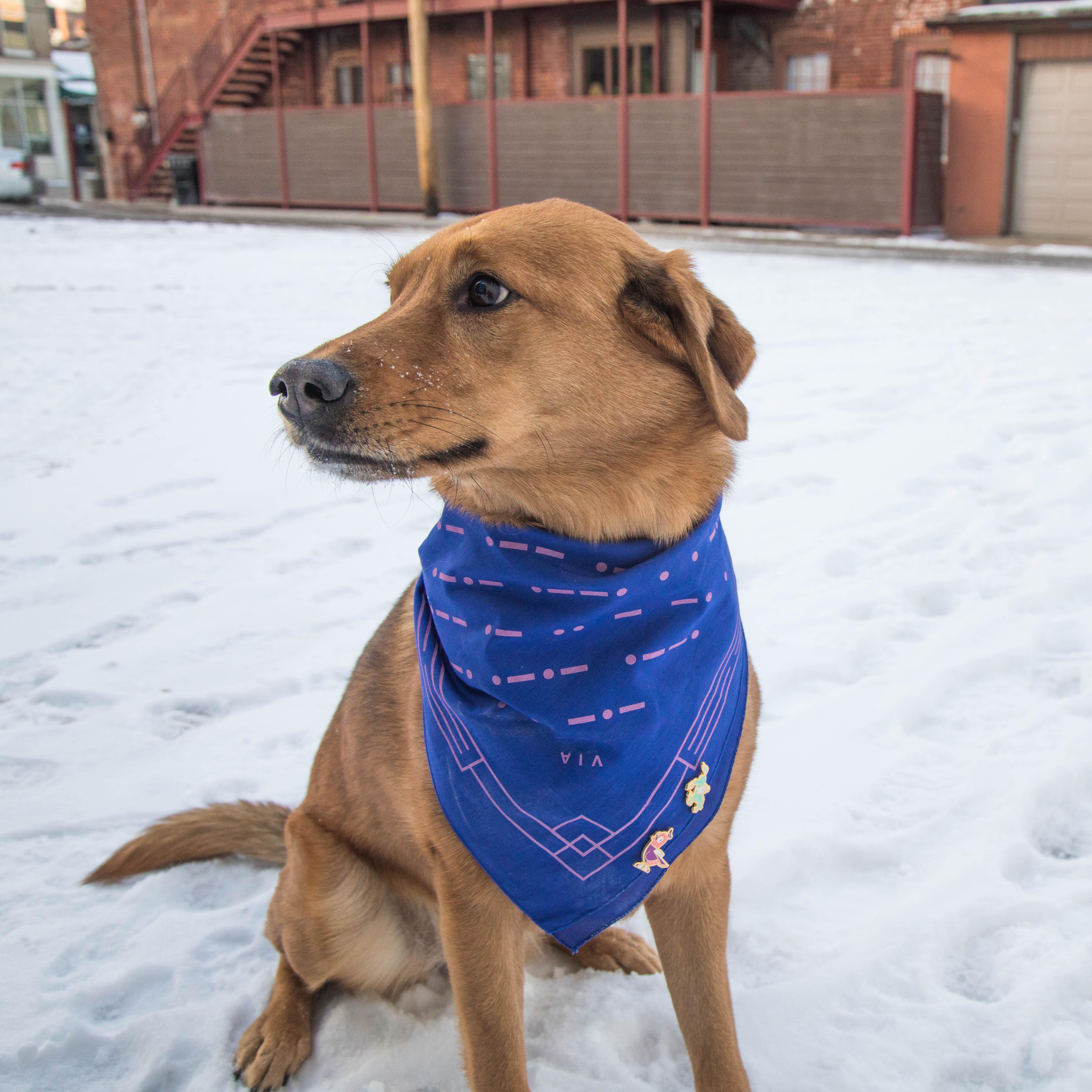 This year we started with the “thing” we wanted to design and worked our way back from there. Lapel pins are really fun, so we set out to design a set of three. Emilee quickly developed the concept out, Pat illustrated some beautiful pins and to finish it off Emilee designed a bandana with a secret morse-coded message.

(and the copy for the card)

“The medium is the message” is a phrase coined by Marshall McLuhan in 1964, meaning that the medium of delivery is just as, or more, important than the message itself. He formed that idea way back when television was overtaking radio. McLuhan had no idea that 54 years later we would be walking around with handheld devices enabling millions of daily messages to be instantly received anywhere.

Despite the revolution in ways to send messages, one thing never changes. Humans have an undeniable urge to communicate. Sharing ideas and expressing ourselves is a fundamental aspect of our humanity. It’s a beautiful thing that we have so many ways to communicate, whether by smoke signals, morse code, carrier pigeons, pony express, television, music, or smart phone.

Enjoy the pictures, and if you make your way to our client list this year, you’ll be on the list for our next amazing gift!

~Jason and the VIA team 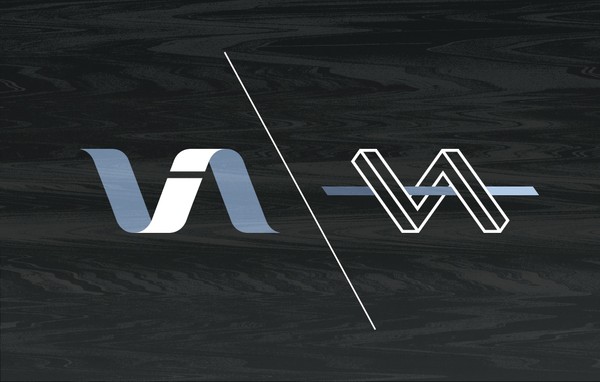 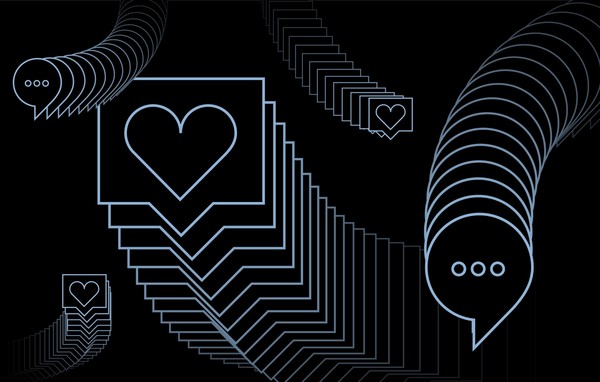