“If I recall correctly, I had made a little game demo where there was a character (dude on a horse) that you could move around. Shawn saw this and was like let’s turn this into something, so he started on the graphics and I started on the game engine.” – Nick Stewart

And that is how ”Escape from Project Hell” began. Seriously. One of our designers and developers collabarated during a “hack” day to create what just might be the longest internal project in history.

The game would be based on the day to day problems we face getting our projects off the ground. We all love to work with one another (for the most part) and we truly do work better when all the right people are in place…but sometimes there is that roadblock. “The boss isn’t always right, but he’s always the boss.” -Rudolf Abel. We’ve all experienced these wrinkles, these lava pits, these little bits of hell in our projects and in true artistic fashion, the “creatives” here at VIA decided to blow it all out of proportion. (no surprise there, huh?)

So Shawn and Nick began to tell the story of Girl and Boy and their arduous trek thru hell. 8 bit Hell. Each layer getting them in a deeper hole filled with unrealistic goals, budgets, and mindset until ultimate defeat or well deserved glory is achieved. Not quite the Dante version because if we’re being honest here, the answers are a bit easier and there’s a unicorn at the end. 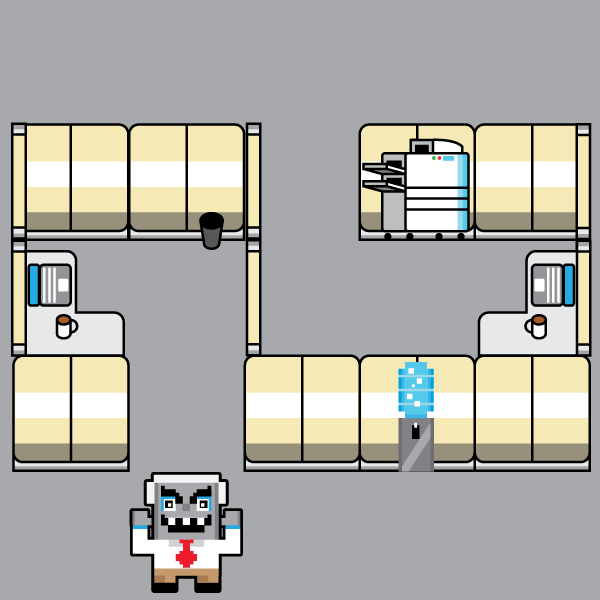 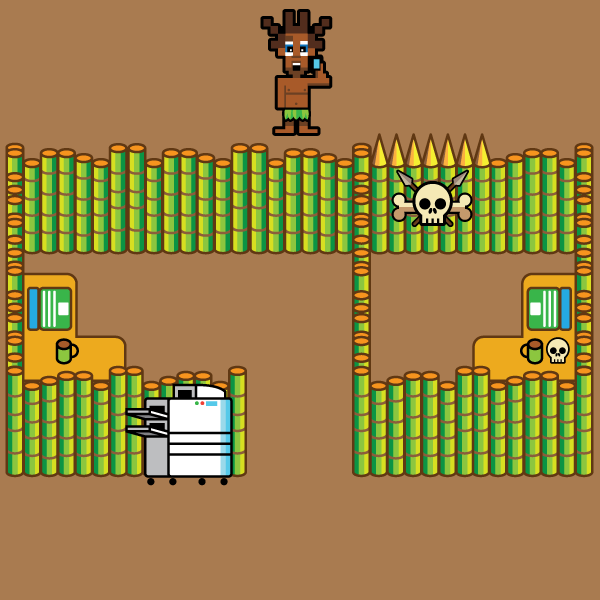 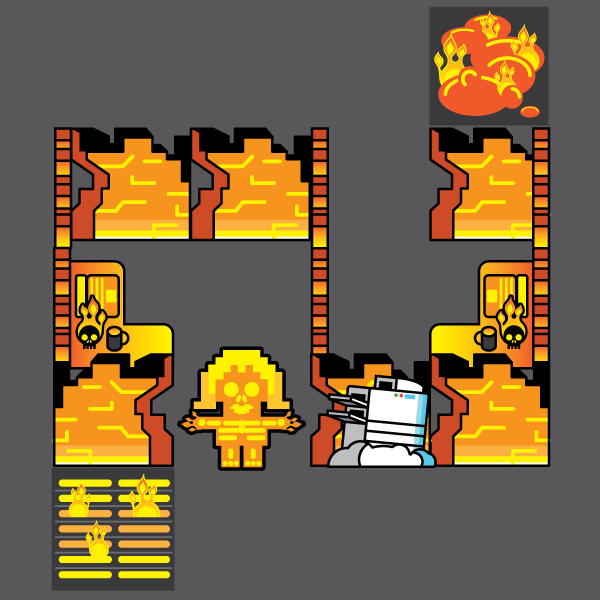 When you’re doing something for yourself it always takes the backseat and for good reason. Clients come first, always. We were in the middle of building our brand and becoming an important part of our business community so naturally, Project Hell went on the back burner. Then archived. Then oblivion. That 2012 hack day soon became a hack day in 2015. That’s one very long day. But hey, we made it.

In 2015 we got a southern gent by the name of Morgan who also happens to be a shiny designer. Together, Morgan and Nick resurrected the game. I was brought into the mix to help illustrate and after a few ideas started floating around, we just couldn’t stop ourselves from running with it. It was fun. And it was contagious. At one point, our Slack channel was full of ideas from every department trying to figure out if we could add this “one big thing.” It ended with Nick telling us “No, we can’t do it that way.” So in proper VIA manner, we accepted defeat with heads held high and duct taped Nick to his chair. In our minds of course.

So Escape from Project Hell has finally come to launch. Lady Logo, Yackhack, Block-Ed, and the Hell they inhabit came to exist all because of Nick and Shawn “horsing” around. Match your Boy or Girl wits and wisdom against these terrifyingly real masterminds of mayhem and misdirection. Be on the look out for lava flows and bunnies and if you’re very clever, a unicorn will fly all your troubles away. Have a bit of fun. It’s contagious. Start by clicking the image below.