The Promise of NuLu 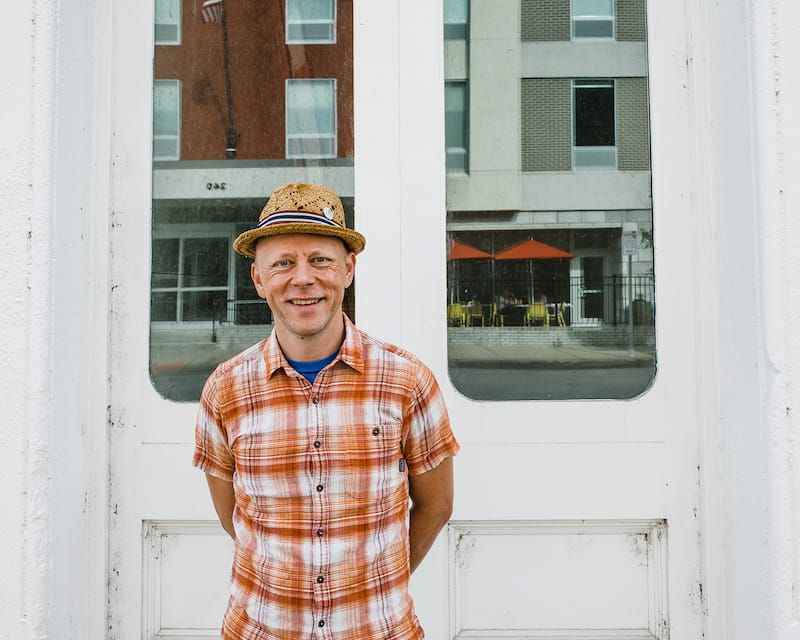 Perhaps you groaned when you heard “NuLu” for the first time. Perhaps you know it’s just a coined term by a real-estate developer. Perhaps you think that Louisville is punching above it’s weight. Perhaps you just dismissed it.

…and that would be fine. That’s the way we’d like it.

NuLu’s fortunes have always been tied to Louisville’s – and we’ve seen plenty of ups and downs and failed starts along the way. But now – something feels different. There’s a different tingle in the air – and that’s the promise of NuLu.

But first, some history 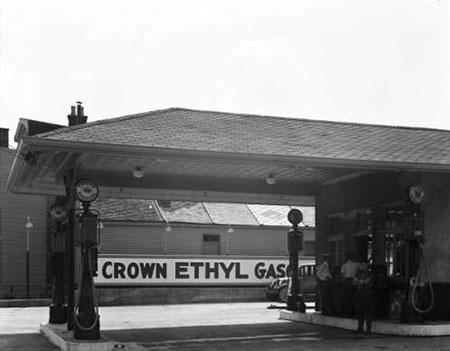 Now a popular eatery, Garage Bar, but was Standard Station in 1927

NuLu has a long history of being an integral part of Louisville, and as “East Market District” might imply, it’s always been a hub for commerce and for diversity. Today is no different. Gone are the produce and livestock markets, but here now is a thriving gallery, restaurant, media and professional services sector, the Flea Off Market, plus one of the most diverse and definitely most awesome elementary schools in the country: Lincoln Performance Arts School.

Did you know that Market Street once:

And did you know that Market Street is now:

You Can’t Fake It

More than a decade ago, our now Mayor Greg Fischer started a company called bCatalyst, the first tenant in a city-funded dot-com bubble concept regrettably named “eMainUSA” – a “virtual marketplace” for “new economy pioneers”. At the time, I was a chap fresh out of the University of Louisville working for an east-end digital agency – and the thought at the time was “why would anyone want to work downtown?” My how times have changed…

As you might imagine, eMain USA didn’t take off – but there are lessons to be learned there – spurring real entrepreneurship and creative talent is that it can’t be faked – it has to be grown. Over the last 15 years, you can see the small steps that we’ve made – and like many things in Kentucky – it’s not made overnight.

We’ve long had major pillars of industry in Louisville – from river traffic to pork packing in Butchertown to General Electric reaping post-war profits, to Fortune 500 healthcare giants like Humana and Kindred. They’ve long been the main attractors for science, technology, engineering and business talent in town – but is that really sustainable? Is that really diversified? While eMain USA’s heart was in the right place it showed us entrepreneurial spirit and creative talent can’t be astroturfed.

And that’s where the joined path that Louisville and NuLu have taken over the past few years comes in. Louisville is a resilient town that makes it’s own way, and NuLu is the small, scrappy section of town with just the right amount of inspiration, diversity and challenges.

You don’t have to look far from our doors to see an energetic and entrepreneurial spirit growing all over town, and blossoming brightly in NuLu. WHY Louisville, the “fan club for the city” is just down the street and one of our favorite lunch haunts is the critically-acclaimed Feast BBQ. From the perspective of a creative and development agency – we see a healthy and diverse range of local agencies doing great work, and great community-building activities like the Louisville UX Meetup sprouting from that. Furthermore, we have not one but two thriving “hacker spaces” in LVL1 and FirstBuild - amazing reactors for innovation.

All of these things indicate to me that Louisville, after years of attempts is finally getting it right, and laying down an amazing foundation to become the place we’ve always known it could be.

Alley Theatre at the Flea Off Market

Onward to the future

There are a lot of great things happening in 2015 in and around NuLu – here are just a few:

A market has reappeared on Market street – for the past few years the Flea Off Market has been a welcome sign of the coming of warmer weather. Not to mention a small but thriving set of boutiques.

The Louisville mini Maker Faire will be returning for a third time on September 19th, NuLu Fest on September 26th, and the 18-year-long overnight success that is Idea Festival starting September 29th.