A Guide to Your First 90 Days: As Seen Through Mine

So, you’ve turned your tassel, eh? Congratulations. That 16+ year streak of being in a classroom is now over … So, whats next?

Your graduation party has ended, you’re done getting your hugs and pats on the back from grandma, and you finally have that moment of reflection â¦ You don’t get a summer break anymore. Whether you just graduated and are looking for first hand advice on what to expect next, or you’re a veteran in life and want to reminisce on your first job experience, sit back and indulge, because I’m about to tell the story of my first 90 days;

I entered VIA Studio on the first day as a Junior Designer (Thanks, school! It actually worked) As excited as I was to gain the title, I had no idea what to expect. After 3 years of formal training in Communication Art & Design, some free lance work and an internship under my belt, I had my inDesign styles perfected, my Illustrator pen tool sharpened, and my Photoshop blending options finessed. I was ready â¦ But the more you think you’re ready, the more typos you’ll likely find yourself making along the way. Let me explain.

My first week on the job, we were hosting a Design MRKT event. An open-to-the-public design marketplace and closing party for the inaugural AIGA Louisville Design Week. A chance to mingle and rub elbows with the local design community. So, what glorious banner did I get to dive head first into creating for the event? What website did I take the lead for right off the bat? None. Why? Because that’s not how it works. I was handed a roll of contact paper, a X-acto blade, a template and a paintbrush, followed by my first ever task as a professional designer: Painting the sandwich boards. 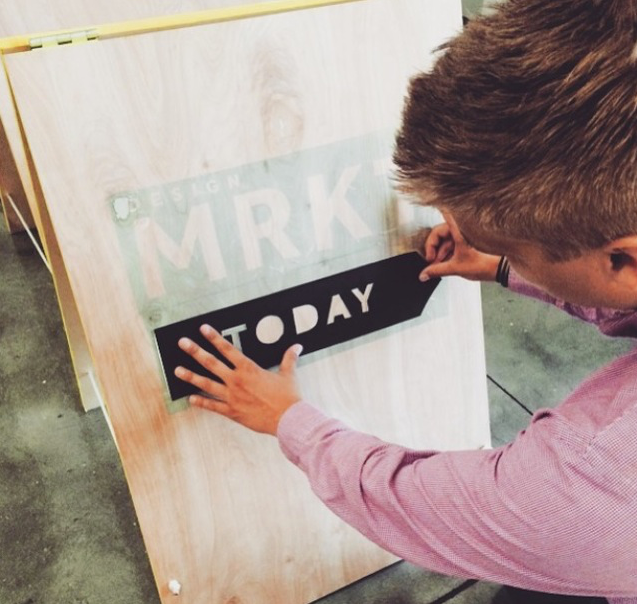 Previously, I had spent the past 4.5 years of my life making an income and paying my way through college by loading boxes into the backs of trucks in the middle of the night. Now, I was trading in cardboard boxes and a non-climate controlled environment, for a design studio in NULU surrounded by a team of creatives. Are you kidding me? A paintbrush, inDesign, Microsoft Word â¦ Hell, put me in PowerPoint. It didn’t matter, I couldn’t have been more excited. The moral behind this story is, whatever you are expecting your first job to be like, it may not be that right out of the gate, and that’s ok. Let some air out of your head and practice a good work ethic through everything you get to do. Do what you are told and be thankful that you have the opportunity to suit up and get ready for a job every morning. The rest will follow.

My second task at VIA was to create directional signs for the same Design MRKT event. These were vinyl cutouts, and to be strategically placed on the floors to direct party-goers where to go to the restroom, where to eat etc. I laid out my design in Adobe Illustrator, made sure everything looked juuuust right. Double, triple and quadruple checked that the orientation arrows were pointed in the correct direction, asked way too many questions along the way, and boom! They were off to the printer. Did I print them out and lay them on the floor beforehand to make sure they were the appropriate size? No. Were they tiny? Yes. 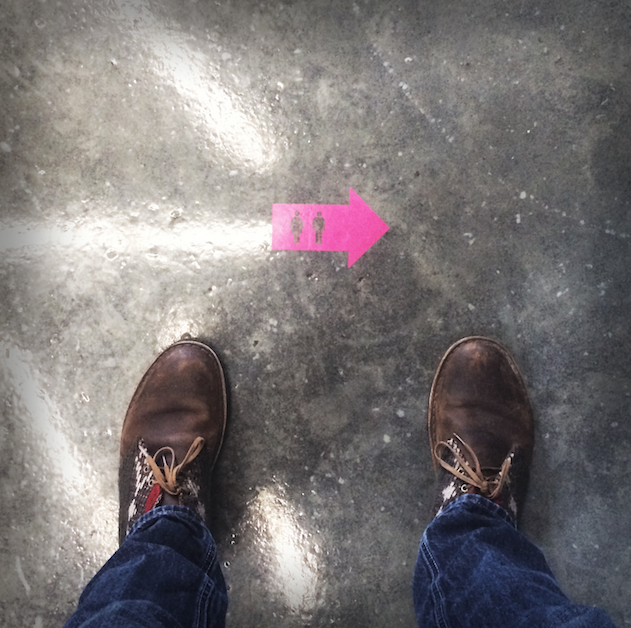 It’s alright, shake it off, learn from your mistakes and move on. You are going to make a mistake or two (or three) in your first 90 days. Thats life. If you are fresh out of college and doing everything perfect, you would have nothing to learn from, right? One of my next tasks was to shoot pictures during the Design MRKT event. I put the camera around my neck, adjusted the settings and started to point and shoot. Digital photography was never my thing. A Pentax K1000 with some black and white film? Now we’re talking. But, despite my lack of confidence in the area, I tried my best to capture the moment. “OK, I’m starting to get the hang of this thing” I thought to myself â¦ You know when you’re a little kid and your mom dresses you up for church and makes you wear the outfit you hate the most because it’s what grandma got you for Christmas 2 years ago? She thinks you look “handsome”, but deep down you know you look like a stage prop for a Shakespeare play. Yeah, that’s kind of what my pictures turned out being like. I was the grandma with the skewed vision that ooo’ed and aww’ed, and reality? Well, reality ended up being the kid who knew the honest truth. 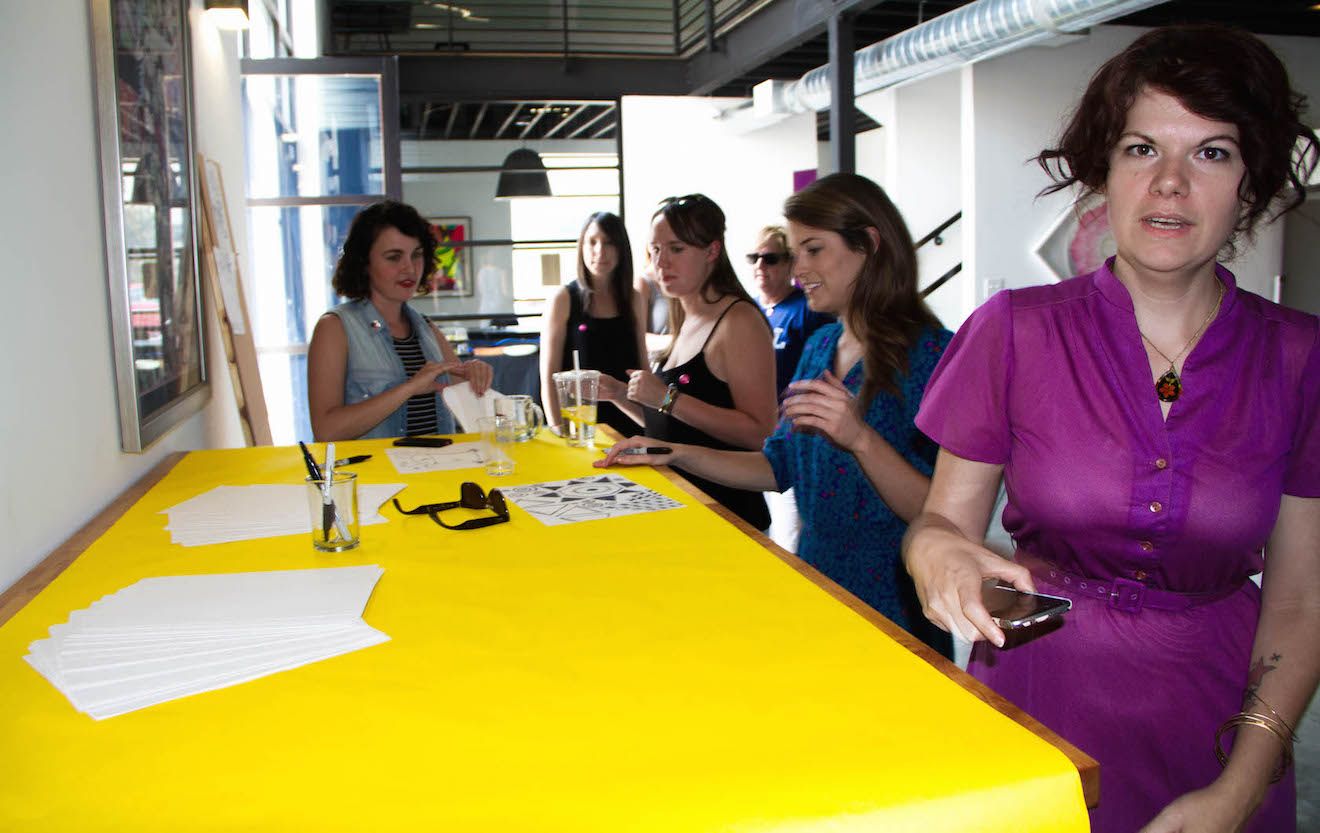 (Sorry Christal, it wasn’t you it was me).

3 strikes and your out, right? Wrong. This leads me to my next piece of advice. Keep on keeping on. You have to learn to sink before you can swim, and in the first 90 days of your very first job, you probably won’t be lining up against Michael Phelps. You have to discover your weaknesses to arrive at your strengths. There’s a good chance you may get tasked to do some things that you are less than comfortable doing, but do it with enthusiasm and a smile on your face because one thing is for certain, you will be a whole lot more prepared to do a similar task the next time around.

I’m now past my first 90 days at VIA studio, and the amount I’ve learned so far, already rivals my years spent in the classroom. You may think you are prepared for your first job, but whether your degree is from Fountainhood College of Tech (Sorry Fountainhood, I just googled âWorst college in America’), or Harvard, the first 90 days of your first job will be a learning experience, and that’s exactly how it should be.

My photography is now looking a little less like a Shakespeare play prop: 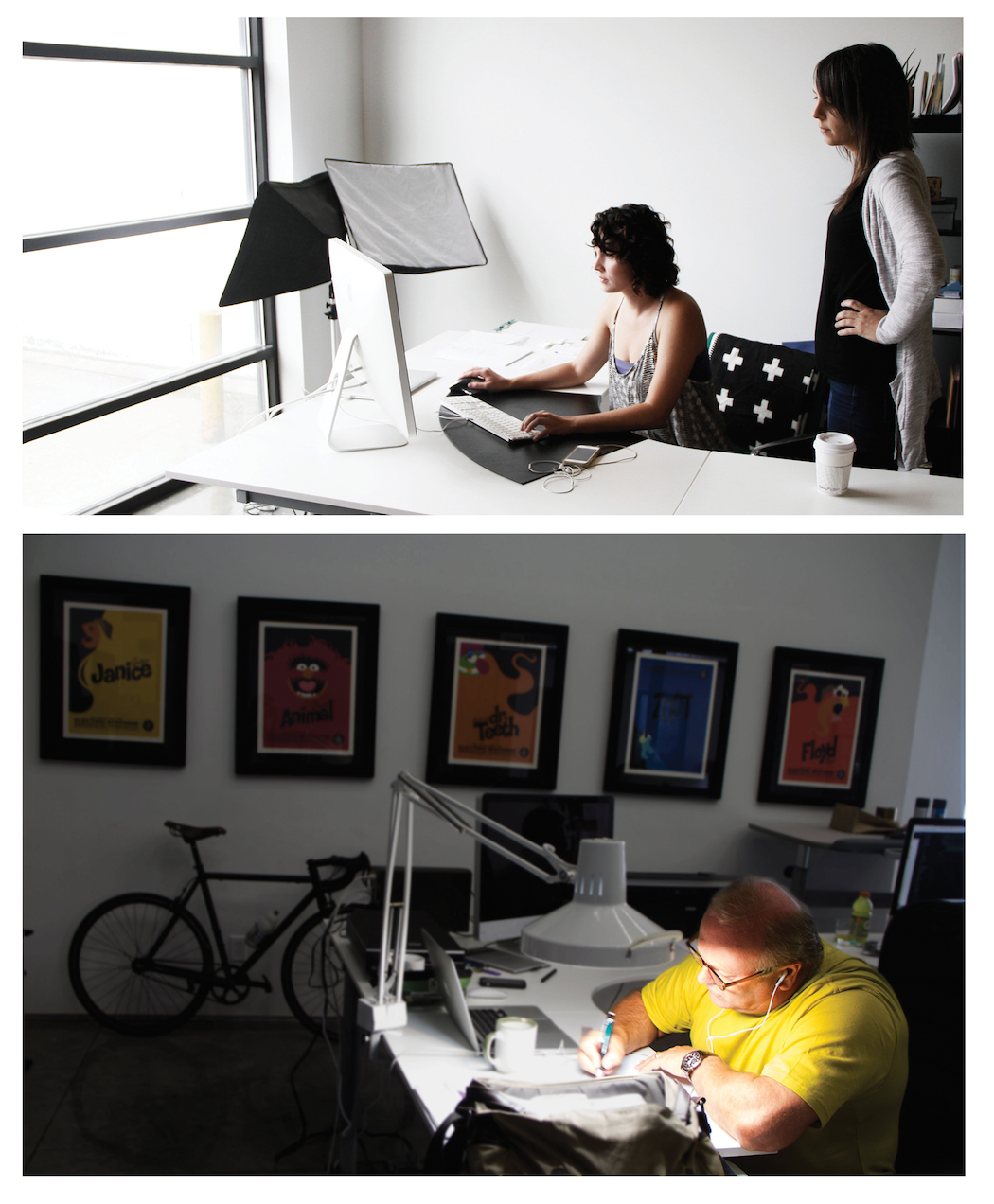 and set up very neatly organized, rewarding photoshoots like this one: 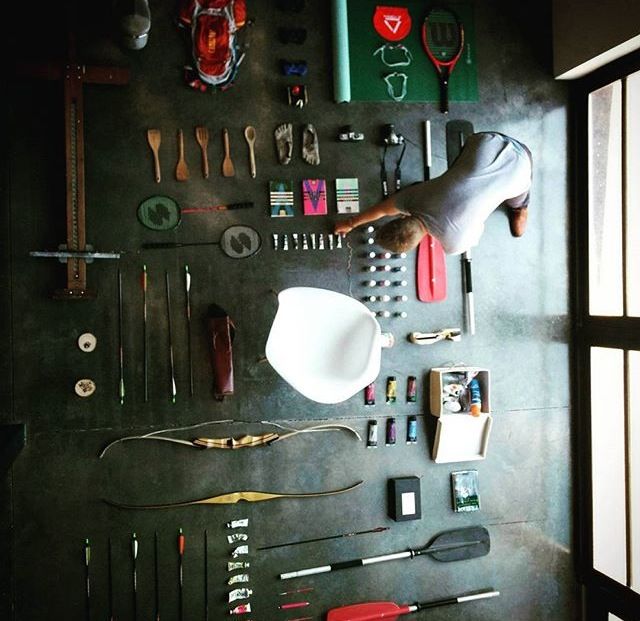 I don’t want to give everything away but I want to emphasize the fact that Day 1 – 90 will be a learning experience. You will make mistakes no matter where you land. VIA Studio has broken me in and I’ve come out of the first round a little less shiny, and a much better designer because of it. I wish everyone that is about to embark on a similar journey the best of luck, and will keep my fingers crossed that you have just as awesome of a crew and work environment to help guide you along the way. Chances are you probably won’t have museum worthy pieces of art hanging around the office, you most likely won’t be doing yoga in your work space every other Wednesday, or cooking breakfast for each other on Thursdays. You may not have an employee make you into a designer dog breed called a “Morgie Corgie”, that later gets turned into a fully functional emoji (thanks, Emilee). I can’t make any promises.

My point is, you’ll have your own “First 90 Days” experience. Don’t expect to knock it out of the park on the very first day, and if you fall, stand back up. Learn to ask lots of questions, and also, when to not ask questions. Learn to collaborate and involve yourself, and also, when to take a step back and observe from the sidelines. Seek out every opportunity to learn something new and soak it all in. It’s all about finding a balance, and it takes every bit of your first 90 days (and probably more) to figure that out. I’m by no means where I want to be yet. I’m still using every day as an opportunity to get just a little bit better, but the more I stick with it, and the harder I work, the happier I’ve become with the results.

That is, in a very brief nutshell, my first 90 days as a Junior Designer at VIA. I hope that your first 90 days are filled with as many bumps, learning experiences, and ups and downs as mine were. Chances are, they will be. Good luck and feel free to keep this in your back pocket.