All you’ll need is a good reason, a good eye, and a little bit of programming. This post is intended for designers and programmers alike who are looking for a new way to enhance images in a subtle, but effective way on mobile devices. The resulting effect can even be taken advantage of fairly simply, but first lets explain why you would want to.

Why – Defining a Valid Need

Our client, Fons Vitae, has a high appreciation for fine detail and the tactile nature of authentic, hand-made art. This is reflected in their high-end business cards which feature heavy raised print with metallic gold and silver accent inks. My challenge was to figure out , “a better way to showcase their logo as a flat image on the web, that still conveyed high end tactile image qualities“. Below is GIF example of the their business card and a high quality scan of the same thing. 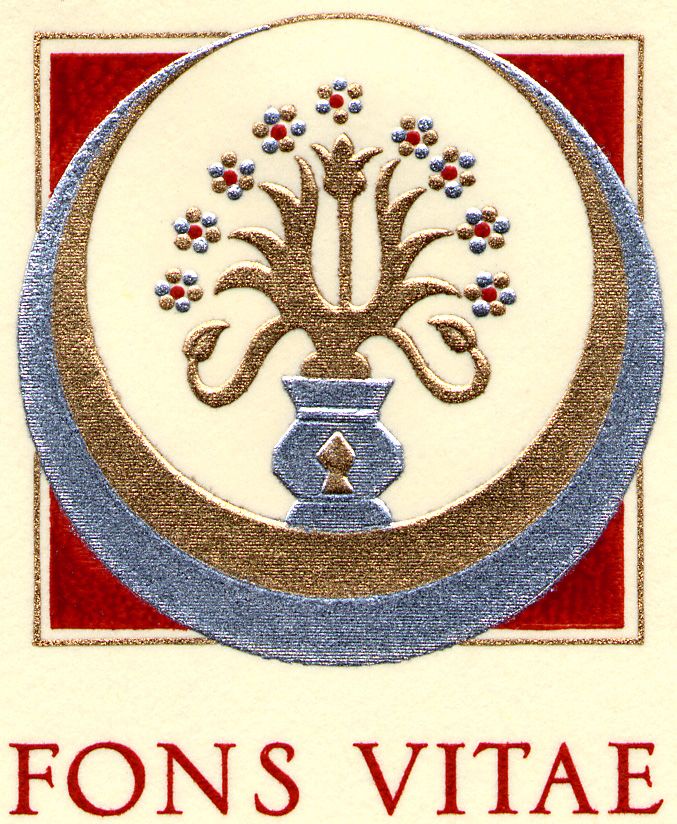 As you can see, using a GIF or looping movie for a logo would be more distracting than anything, even if it was not jumping around. So I had to come up with something new (to me) or find some kind of trick to be able to achieve this goal.

Imagine holding a coin on one hand and a picture of a coin in the other. If you think about the difference between a physical object and an image of that object, the differences are primarily feeling and light. You can feel the surface of the coin, look at it up close, and move it around to let the light shine around it to better get a sense of its detail. Feeling a jpg is obviously out of the question (at least till something like Tactus Technology becomes widespread). So, if we focus on how light affects the surface, we may be partially able to bridge this divide. Being able to move something around to inspect how light reacts to it seemed to be a great solution to fake tactile surfaces. But I didn’t quite know where to start since I am not a programmer.

After sleeping on it, I thought taking advantage of the orientation of a handheld device to mimic “object inspection” would be possible and could be a viable solution. So I started searching Google for things like “Controlling Animation with Device Tilt,” “Faking Irradiance with an Accelerometer,” “Lenticular Images For Mobile,” ”Faking Reflective Surfaces on the web,” “Leverage Device Tilt to Enhance Images,” and “Using Phone Orientation to Control Animation.” I was very surprised how little had been written up about this type of control before. It seems like it should be very simple to do and versatile; so I just jumped in to try to get it to work. I knew I could create a sequence of images from a 3D model that had the right look, I just had to figure out how to link the two ideas. I created 3 examples which we’ll show later. The most refined example to come out of my experimenting is the one we’ll walk through now.

Before I could even try anything, I had to make some usable test assets. I will breeze through these steps because they aren’t as vital to conveying the idea. First, I imported the vector version of the art into 3D Max as an Illustrator 8 file. Then I extruded the splines and added a beveling to give the light an edge to shine and reflect off when viewed head-on. Next, I added scratches and other imperfections to the surfaces with texture maps, created some lights, and added a head-on camera. Then all I needed to do was animate the lights moving around which will essentially imitate moving the objects from left to right, copying how light would move across the surface. In other words, if you move the scene around the object instead of vice versa, you get a nice locked down view of the object that has moving reflections on it. My simple scene ended up looking like the GIF below:

To finish up the 3D component of the solution, I just needed to render out my animation as a JPG frame sequence and then I was ready to get coding.

How – The Code Bits:

The code for what I wanted to do can simply be described as two steps:

Of course it wasn’t quite this simple, but it wasn’t too bad to get everything working. Since you will likely inspect the code for yourself, I am just going to discuss a few important points about the coding… followed by the full HTML source code for you to inspect.

Here is the full source which is well commented for comprehension.

Look at the image below on your phone or tablet and tilt your phone on the Beta axis to see the effect.

Additional Examples of the Orientation Technique:

Download these source files for this sample here: VIA_Studio_CD_Test

Download these source files for this sample here: VIA_Studio_Dime_Test

So go play around and use your imagination as to how device orientation can make things a little more interesting. I believe if used properly, it can introduce a little bit of polish to your next project. Be sure not to overuse the idea! If you do, you risk being creating a distraction instead of an enhancement. Be sure tell us if you use this idea somehow, we’d love to see it put to use in cool and unexpected ways! (Note that this last image won’t look like much unless you’re on mobile!) Thanks for reading!

Dive into the Sanity Structure Builder

Sanity is the super fast, super customizable CMS that we're using as the backend for the new via.studio website. One of the more powerful concepts that Sanity is the ​Structure Builder which gives you the ability to customize how content is presented in the Sanity admin.