The Temple of Community Mural

A mural to uplift and inspire.

Murals are generally known to uplift a community and add economic impact. When we were asked by Louisville Forward to participate in the Vision Russell initiative by designing a mural for the Madison Street overpass, we were thrilled to be able to participate. We’ve always valued community involvement in our city, and this project was a direct way to contribute our design team’s talent to the project.

There will be four murals total on train overpasses into the Russell neighborhood, the others designed by Kacy Jackson, OSRS, and Victor Sweatt. The murals are part of Vision Russell, and the planning and implementation is funded primarily through HUD’s Choice Neighborhoods Initiative. Louisville was the only city to receive all 3 consecutive CNI grants. Funding overpass murals, creative bus stops, and other placemaking strategies is significant and somewhat unusual for HUD.

This project won a 2019 AIGA award in Environmental Design & Wayfinding. 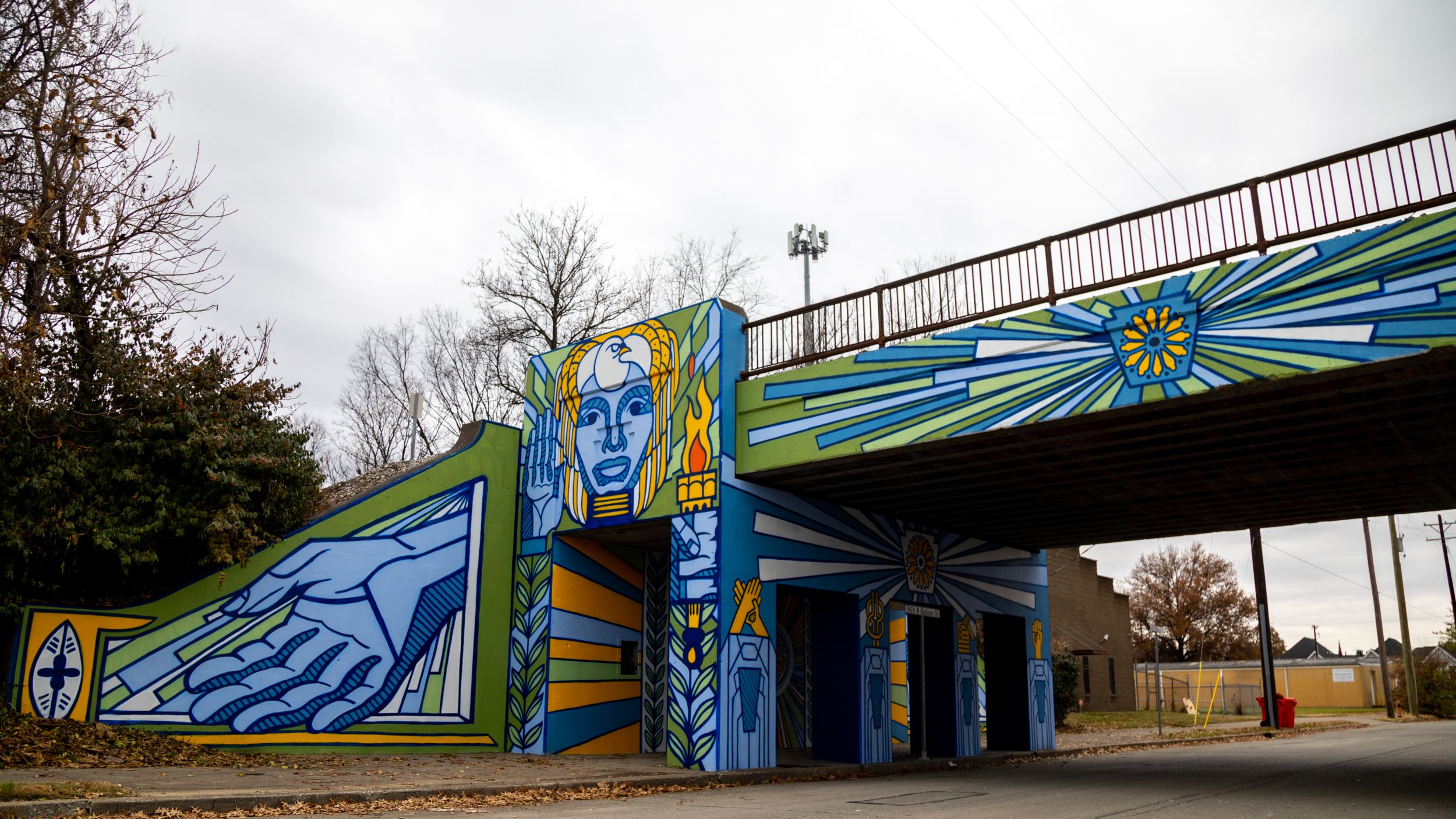 When asked to envision a mural on the Madison overpass, we were immediately impressed by the design and presence of the overpass. To us, it resembled a temple. We (well, Clark at least) had returned from Burning Man that year, inspired by the theme “Radical Ritual“. There were many shrines that year that were dedicated, not to deities, but to concepts. We wanted to create a piece of art that was an homage to the people and values that built and continue to grow the community.

The first thing you see when approaching the mural are large masculine and feminine figures, representing peace, wisdom, and strength. A hand is raised by each one, indicating that “all is well”. 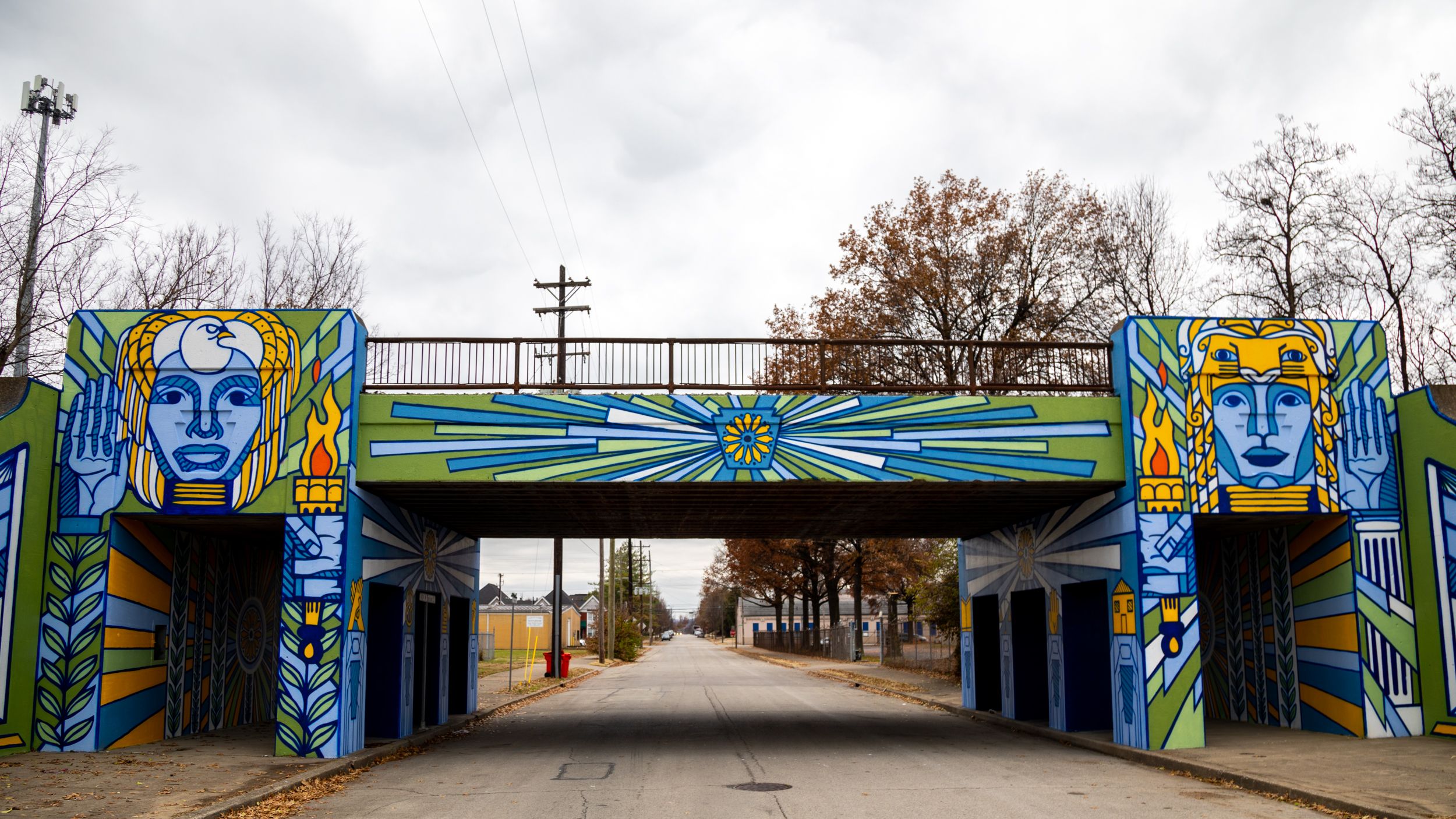 The burst imagery symbolizes the radiant energy of a community. The icon in the center represents the unity of the community.

Driving or walking toward the mural, you see hands outstretched in a welcoming gesture, welcoming you and your family to the community.

The Columns and Interior

The span itself is upheld by columns and the art represent the values of the Russell community. The interior depicts symbols of knowledge, justice, dignity, family, defiance, community, and foundation. 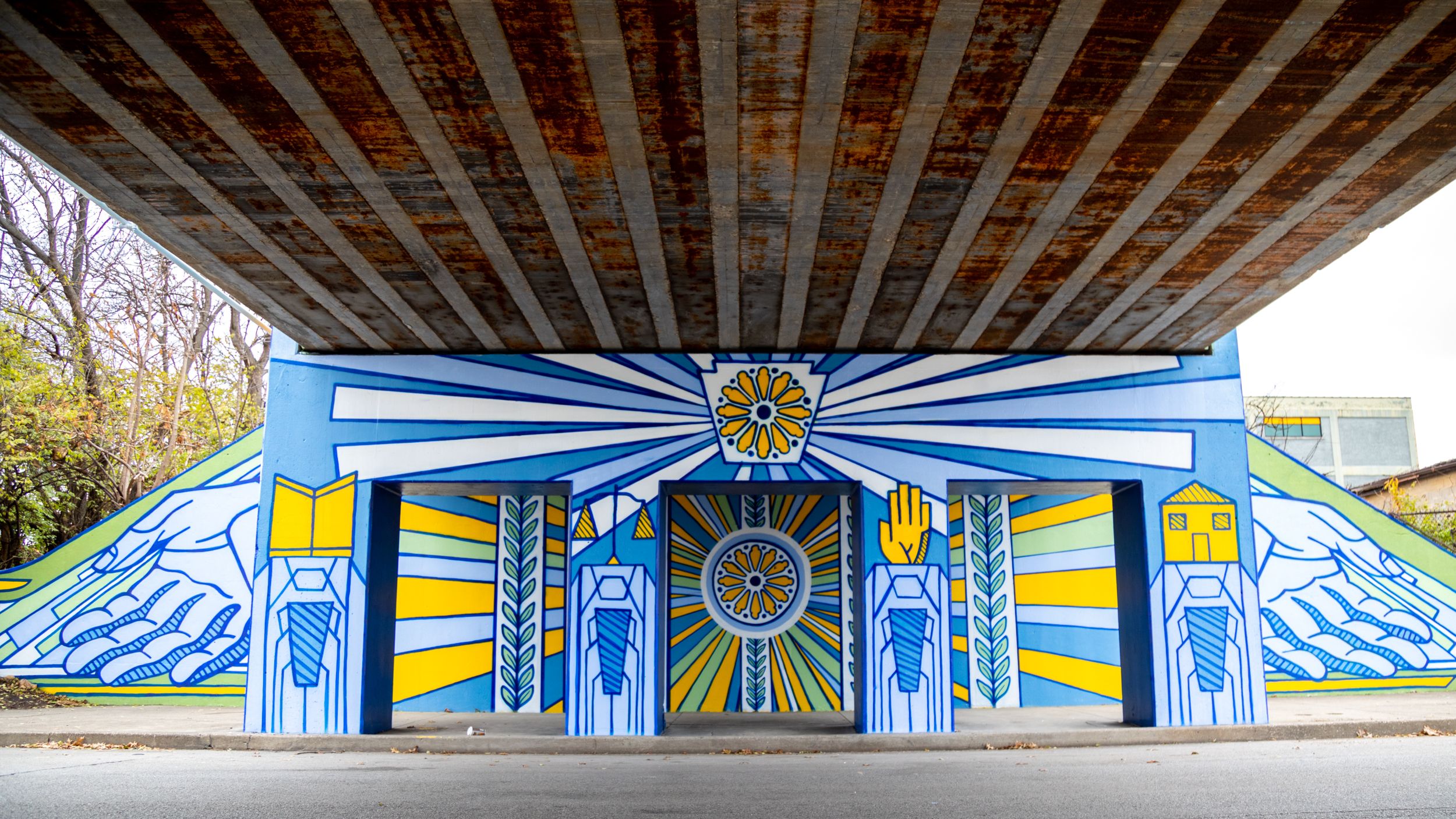 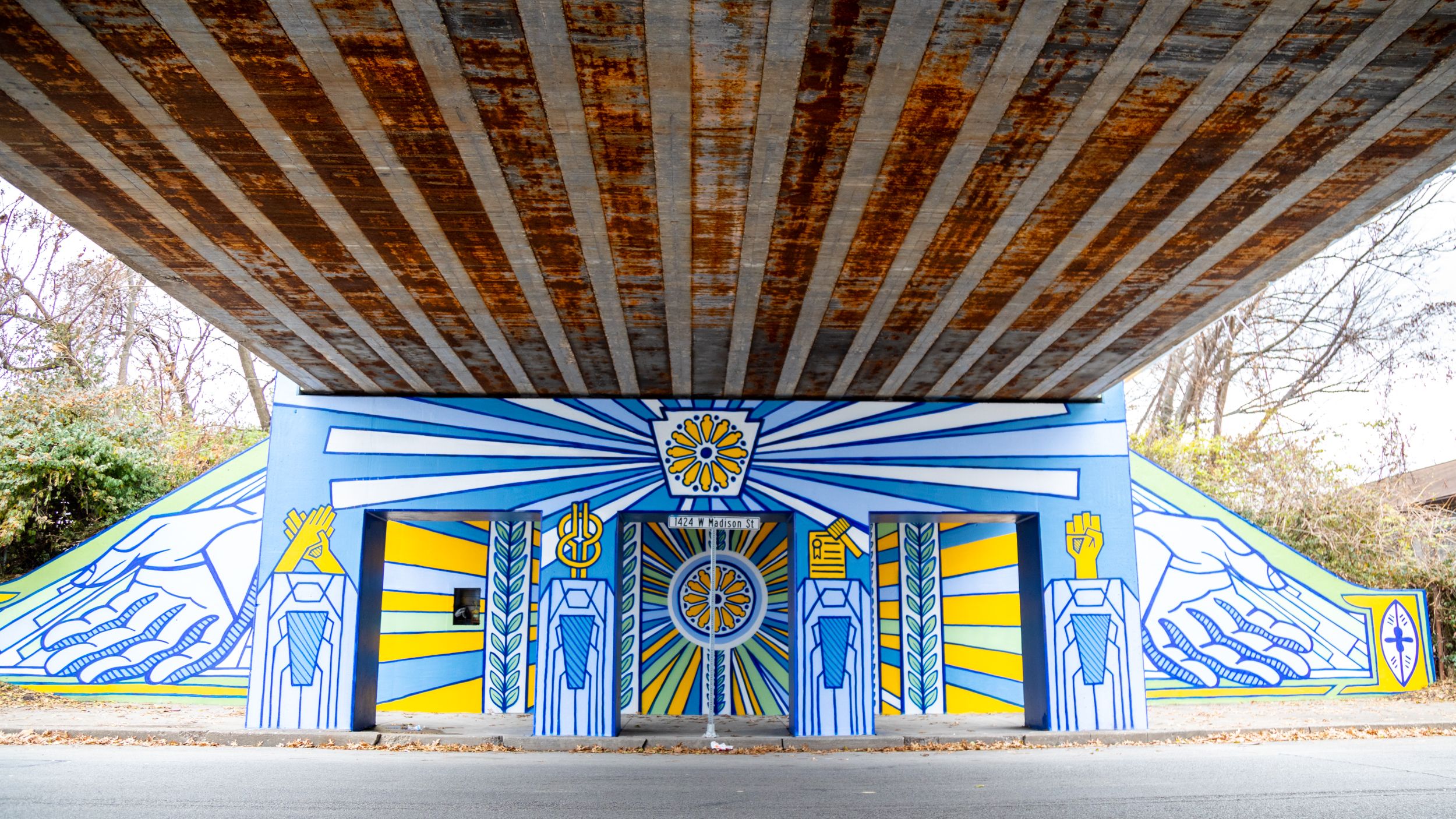 Here’s a Google Maps link if you’d like to visit the mural yourself.

Check out some sketches and process mockups here: 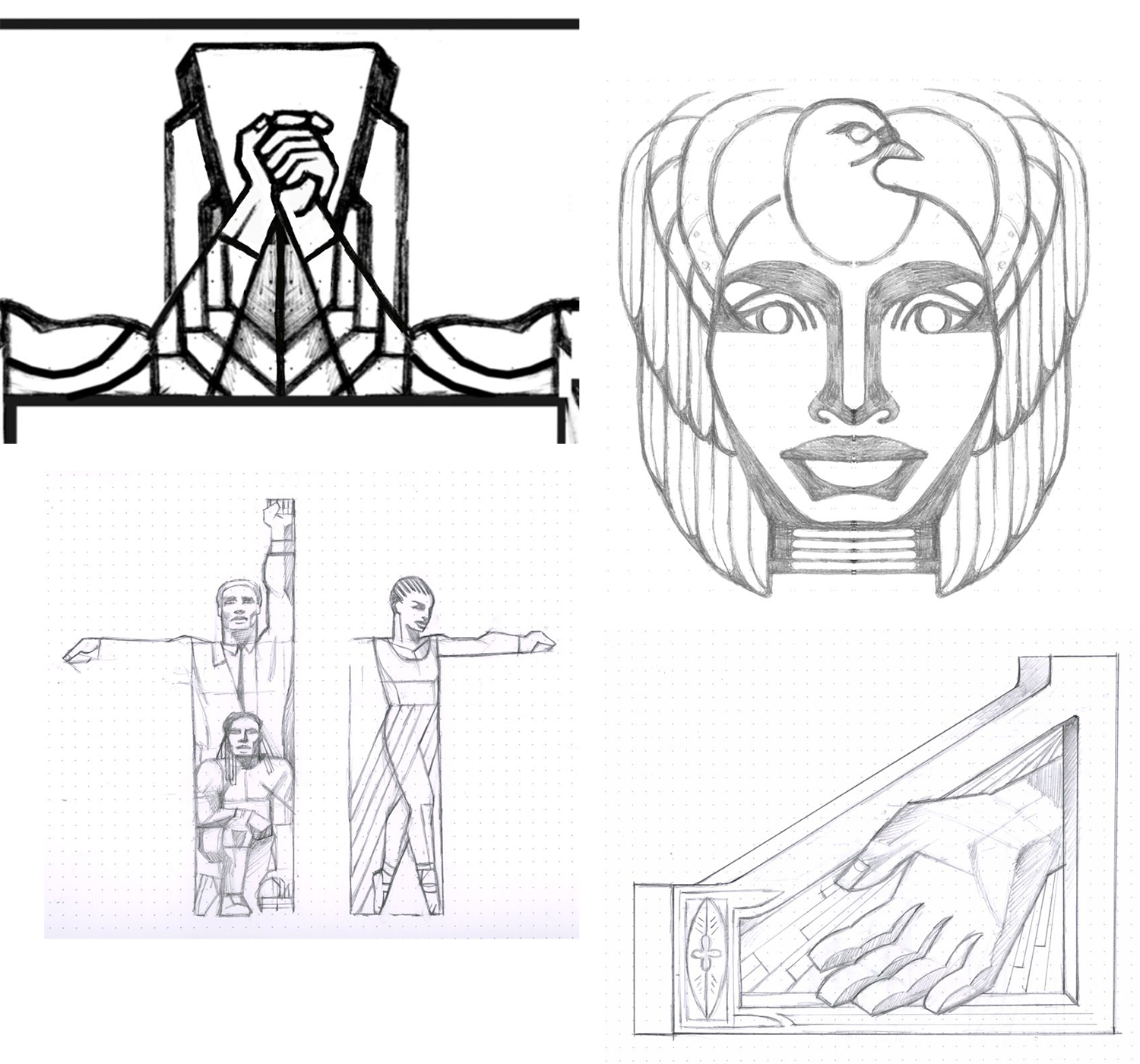 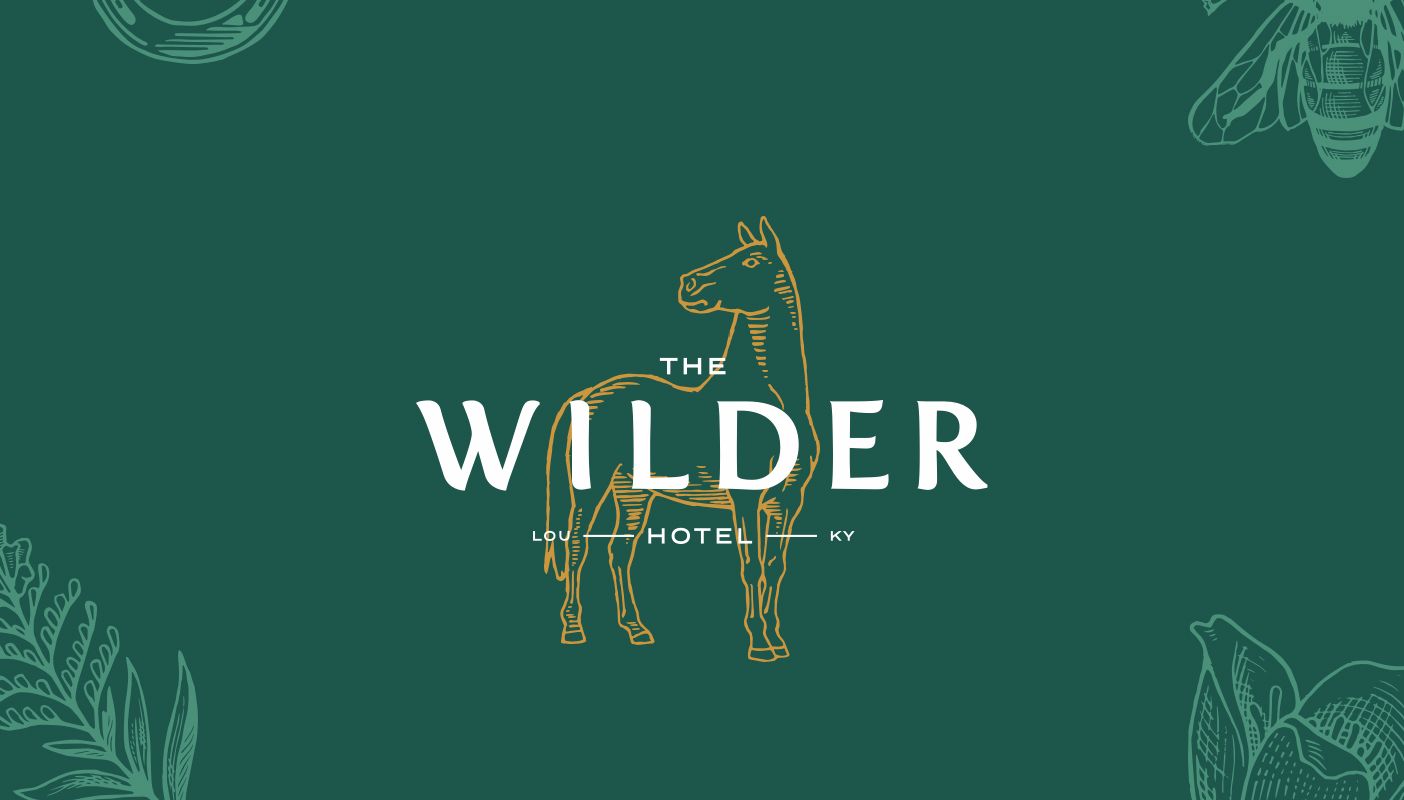 The Grady Hotel (formerly The Wilder)