Recently, VIA Studio sponsored Hack The Home, a hackathon put together by the wonderful folks at FirstBuild. Their facility and assembled brain power from both UofL & GE are crafting new innovations daily. 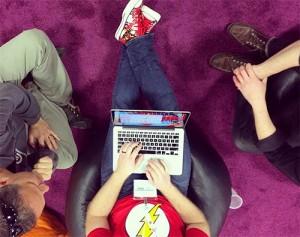 We learned about Hack the Home a few months back while working on a top-secret project at FirstBuild. They explained the scope of what they were planning and wondered if we would be interested in attending. Of course we said yes, everyone at VIA loves gadgets and developing technologies.

After some discussion about what our role would be as a sponsor, we decided to offer branding and user experience expertise to the competing teams. We set up an “Advice Booth” and made ourselves available to any hacker who wanted help.

We weren’t sure what kind of response we’d get. After all, most of the hackers would be busy making in their 24 hour time frame. Slowly but surely, we met a few interested teams who wanted insight on how to market, design, and brand their product.

One maker team was working on a safety device that would monitor their Grandmother’s stove. If Grandma starts cooking something and forgets about it, this device uses motion sensors to trigger notifications to remind Grandma the stove is on. First it beeps, then it flashes the connected lights, then it sends an alert to her Smart TV. If all those notifications fail to turn off the oven, the device turns it off for her. The device attaches to the front of the oven and requires no user interface to set it up, so that Grandma doesn’t have to manage software. They knew they wanted to disguise the motion sensor in a 3D printed tea pot that would affix to the stove. They didn’t know what to call the device and wanted a logo for branding it.

After some brainstorming, Pat and I came up with both a name and a logo. We called it Whistler. Here’s the logo we mocked up on the fly. 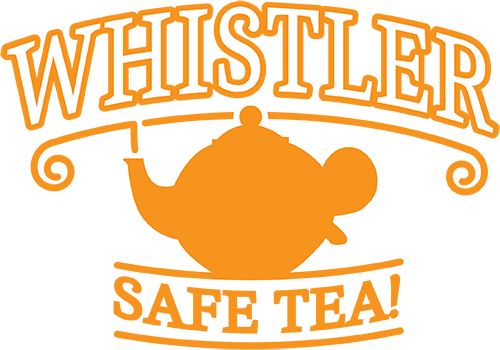 The next group we worked with were developing a mechanism that would allow you to roast coffee in your convection oven at home. Coffee roasting is an expensive and complicated process, requiring custom temperature profiles to roast the beans just right. I had no idea going in what roasting coffee consisted of, but they explained the process fairly well. Once we knew a rough idea what the app needed to accomplish, we began developing a prototype for the mobile app, branding personas, and a name – The House Roast. 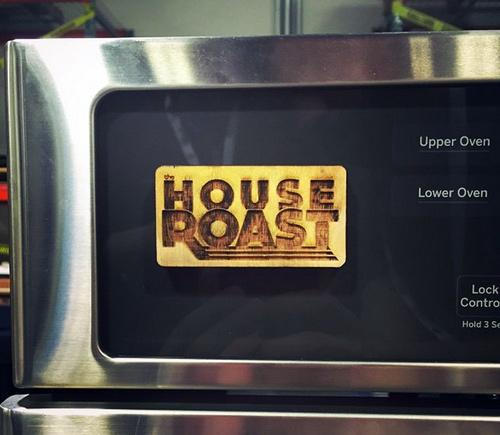 We mocked up the app functionality, offering further suggestions such as e-commerce integration. Then, we created a persona guide on who their target audience would be, should their app get funded. To complete the pitch, we created a logo for House Roast, laser etching it on a wood block so they could attach it to their oven. As a result of our collaboration, House Roast had a clearer picture of what their product could be.

…they won first place in the Hackathon.

So, if you’re developing an app or a new product, let us help you plan for what’s next.