Now that the Forecastle Festival is over, I thought it would be fun to take a peek at the web traffic that a huge festival with an international presence can send our way. JK McKnight, Captain of the Forecastle ship, was gracious enough to give us permission to publish these numbers.

A few years ago a client of ours was on the Oprah Winfrey show, which completely crashed our servers for a day. Since then we’ve re-engineered how we host websites, and I can safely say all the traffic that Forecastle sent our way was served up without a hitch.

As an introduction, we were able to launch a redesign of the website, along with a mobile-optimized version of the site in early January. Our mobile traffic has risen to 28% of total traffic since the last festival, and we wanted our mobile visitors to have a great experience. I can say with pride in our team that this is the best design of the site we’ve done thus far.

So let’s jump in, shall we? I’ll provide a little commentary, but the numbers are fun all by themselves. Also, bear in mind that these numbers are in no way accurate. The totals you get from Google Analytics vs server statistic programs are always different.

Bear in mind that a normal site has a hard time pushing more than about 50MB/day. This also does not take into account all the WordPress theme files for the site structure that are hosted on Amazon S3.

Apple is still winning by leaps and bounds on this one, which is not really a surprise given the demographic of Forecastle attendees. Mobile devices has accounted for a full 28% of site visitors so far in 2012. In 2010, it was only 12%. 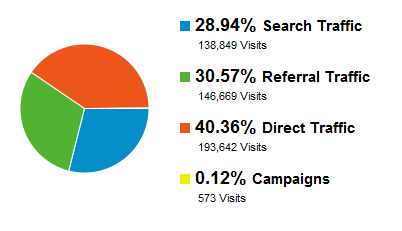 These are the most interesting referrals to the Forecastle site since June 2012.

I’m surprised and impressed that louisvillewaterfront.com was able to push more traffic to the site than both Bassnectar and MMJ. As amazing as the Preservation Hall Jazz Band was, I’m glad to see their site drove some traffic our way.

If anyone has interest in other analytics from the Forecastle Festival that we can draw out, feel free to ask here in a comment, and as long as Captain JK approves it, I’ll share when I have time.

Cheers, and congrats to the VIA Studio and Bluegrass.net teams for keeping the site up and running! 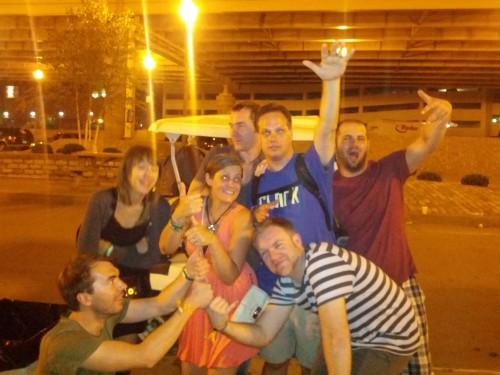