At VIA Studio, we’re passionate about design. It is the desire to solve problems and the understanding that thoughtful planning can make all the difference that drives us. In our city of Louisville, there have been many talented designers and artisans who’ve accomplished greatness. While they may not be working with the same tools as we do in our daily work, we are inspired by their vision. We see similarities in their principles to our own and are grateful for the lessons we can learn from them. In the coming months we’ll continue to explore Louisville’s design and craft legacy.

After the 2008 presidential election, a young designer from Chicago that goes by the name Simple Scott spoke at the Muhammed Ali center about the book he had recently published on his work with the Obama campaign. Near the end of the presentation, he included some information about the website he was working on for the Mies van der Rohe Society based in Chicago, IL. Fast forward a few weeks, I finally got around to visiting the website, where I tried, unsuccessfully, to find information for a building I had seen in downtown Louisville. Although I had not done any research, I knew it was a Ludwig Mies van der Rohe creation. You see, as an art alumna of the University of Illinois at Chicago I took many architecture classes, several of which included reference to Mies van Der Rohe or the Bauhaus school that he directed before coming to America. The aesthetic of his buildings (that I visited around Chicago in my free time) were emblazoned in my head. I was committed to the idea that Louisville had one. Its presence meant something. It ratified the cosmopolitan perception I wanted for my new found home. Something was amiss.

In the late 1960s, the American Life and Accident Insurance Company hired world-renowned architect Ludwig Mies van der Rohe to design their headquarters in Louisville, KY. Not too long after, the preliminary drawings were drafted. Then in 1969 Mies Van der Rohe died from cancer. The building would proceed to be completed in 1973 by his firm. So, in short, the society’s website didn’t include the building due to the project being completed by the architecture firm. However, it is one of the last buildings the famous architect ever designed.

The six-story building which sits on the Belvedere, overlooking the river, includes a raised lobby with a large expanse of windows on the ground floor. The exterior is cor-ten steel with ribbon windows. Cor-ten steel was designed to rust, which it did for many years until a coating was applied to stabilize the streaking effect from window washing. The decision to coat the building was met with disapproval from some architectural purists who believed the rust was an intentional part of the building’s design. Nancy Lampton, chairman and CEO of Hardscuffle, Inc., the parent company of American Life and Accident Insurance Company, is credited for originally convincing her father to hire Mies van der Rohe. She has continued to make improvements to the building. In 2010, she added a green roof to the building making it the largest privately-owned vegetative roof in Kentucky. In 2013, the building was chosen as one of the 10 buildings that changed Louisville by a professional panel as part of the 50th anniversary of the American Institute of Architects (AIA) Kentucky. Currently, Your Community Bank occupies a plaza level space and office and retail space is for lease. 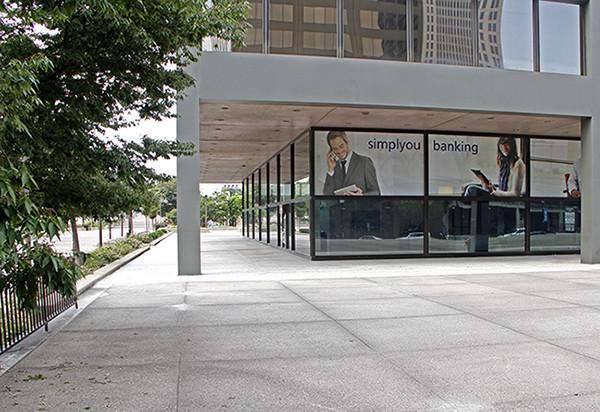 Born Maria Ludwig Michael Mies, as a young german architect, he worked along side Le Corbusier and Walter Gropius before World War I. He was the last director of the famed Bauhaus in Berlin and after went on to be the head of the architecture department of Illinois Institute of Technology in Chicago. The self-taught architect also maintained a studio in downtown Chicago for the 31 years he spent in America. To say his impact on architecture was monumental is an understatement. As an influential contributor in the creation of the modernist architecture movement beginning in the early 20th century, concepts he pioneered are still taught in the schools today.

Mies’ mission can be linked to principles of contemporary theorists and critics including: 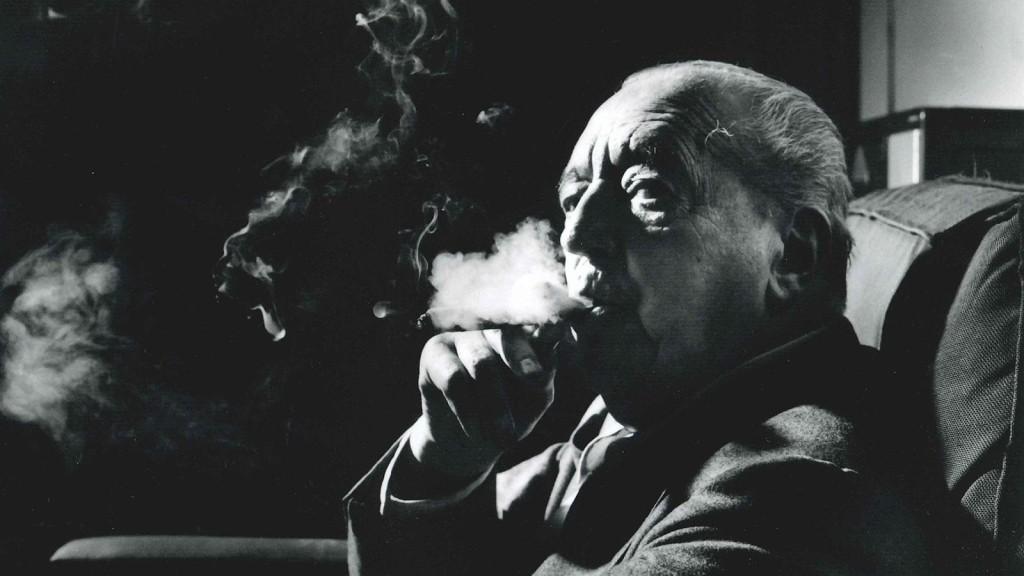 Although this phrase is often attributed to Van der Rohe, he first heard it from Peter Behrens. As a proponent of simplicity, he advocated reduction of complexity in form and materials.

God is in the details.

This is another quote that was widely attributed to Mies, but has been linked Le Corbusier as well as others. This quote is often used in other ways. When used by these influential architects is believed to say that artistic focus and follow through is required to achieve anything of worth.